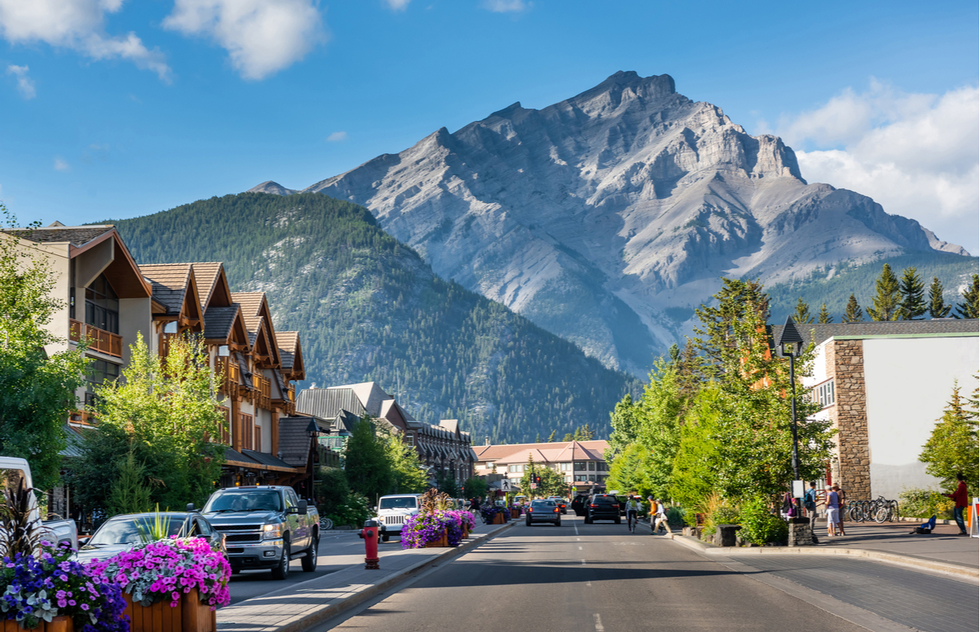 Canada closed its border with the United States on March 21 due to the coronavirus, and the border is currently slated to remain closed at least until September 21.

There's an exception, however. Americans on their way to or from Alaska are allowed to enter Canada, provided they take the most direct route possible to points of exit, avoid national parks and tourist activities, and isolate themselves from others. U.S. visitors passing through are also supposed to display from their vehicles' rearview mirrors a "hang tag" (issued by the Canada Border Services Agency) that indicates a date of departure from the country.

Even with all those conditions, some Americans have tried taking advantage of the Alaska loophole to indulge in illegal Canadian vacations.

At Banff National Park in Alberta (a province that doesn't even border Alaska), police have issued nine tickets to rule-breaking Americans since June, according to NPR.

Now one Kentucky man has been arrested for violating Canada's coronavirus laws—two times in two days.

Cited for a suspicion of illegally visiting Banff National Park while in transit from Alaska, John Pennington of Walton, Kentucky, was at first given a CA$1,200 (about US$900) ticket by police and told to stay in his hotel until leaving the following day.

But the very next afternoon, the car Pennington was driving was spotted in the parking area for the popular gondola to Sulphur Mountain. Pennington claimed he was there in search of food, but police weren't convinced, seeing as how the Kentuckian was reportedly staying at the Rimrock Resort Hotel, which has numerous onsite dining options.

There's a limit even to Canada's famous niceness.

So Pennington is now the first American to be booked for violating Canada's federal Quarantine Act.

That's probably not the kind of stay in Canada he was hoping for.

The lesson for other Americans is clear: Until the border reopens, stay out of the True North Strong and Free if you want to remain solvent. And free.