Unless We Make Immediate Investments in our Airport Infrastructure, We Are Bound to Face Horrendous Conditions in 5 to 10 Years 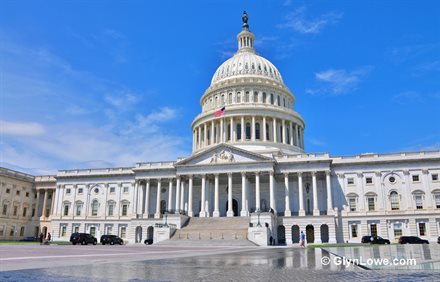 If you were at your local airport on the Wednesday before Thanksgiving, you probably recall the visit as one of discomfort and dread.

And now, think of facing those conditions not simply on a famous holiday date, but at least once a week, maybe twice a week, throughout the year.

That picture of airport horror is currently being portrayed by analysts as awaiting all Americans in no more than five to ten years from now.  The steady, awesome growth of airline traffic (increasing by hundreds of millions of passengers in the immediate years ahead), coupled with the increasing obsolescence and inadequacy of our U.S. airports, is now bound to create holiday-like conditions in every single week.

A major percentage of our U.S. airports are too small and ill-designed to accommodate the giant numbers that will soon be passing through, according to these analysts.  A specific forecast has been made by the U.S. Travel Association, which predicts:

*One in five of all major U.S. Airports are already experiencing Thanksgiving-like congestion at least one day a week; 25 of the top airports already experience it two days a week; and more than half of the nation's busiest airports will see it every other day in just ten years.

That congestion will put a halt to the economic progress that would otherwise result from growth in our aviation industry.  Already, more than 6 billion dollars in yearly travel spending is lost by the limits that need to be placed on passenger traffic at exactly two airports:  JFK New York and Newark International.  And that estimate could balloon to $48 billion dollars a year by 2034, according to U.S. Travel.

Sadly, any hope of preventing these outcomes is currently thwarted by the "deficit hawks" in Congress, people who refuse to spend a penny on vital public needs.  If our nation is to grow--the best means of reducing the deficit--it must spend on infrastructure (airports, bridges, highways, trains, water systems, power grids).  And to persons in travel, concerned about the awesome growth in aviation traffic, a vital task is to persuade our public representatives to make those investments in airport infrastructure before it is too late; before the nation chokes on air traffic.  This is not simply happening in the future; it is happening now; and the need to take action is urgent.