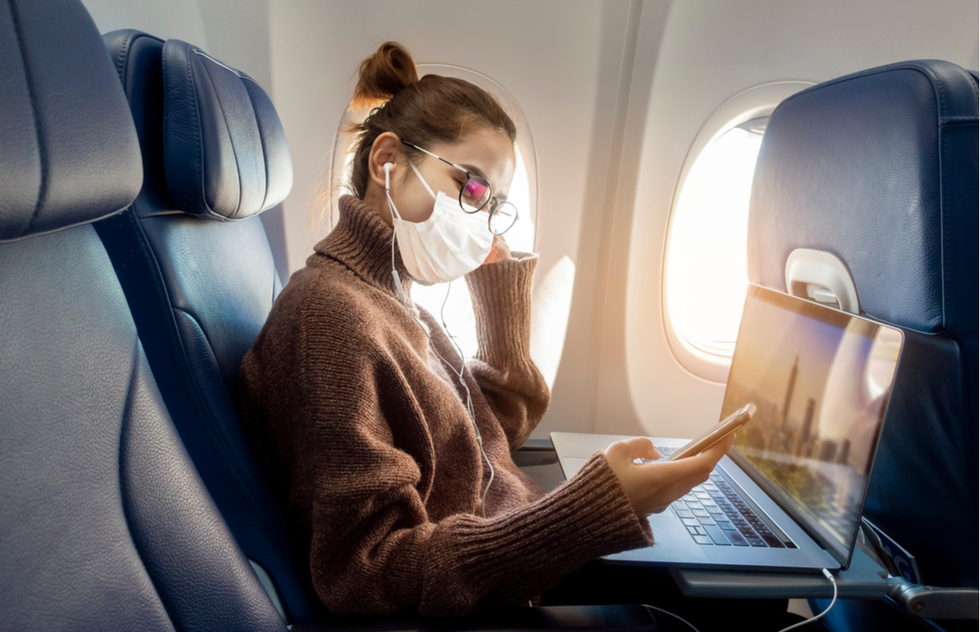 What Are Your Chances of Catching Coronavirus on Planes? MIT Study Has Answers

Not long ago, a dear friend reached out to me for advice. His aunt was dying of cancer, and his mother wanted to fly across country to be at the deathbed. My friend was trying to dissuade his mother from going, as he was terrified at the prospect of her flying. She's in her seventies, and he felt the risk was too great.

A study newly released by the Sloan School of Management at the Massachusetts Institute of Technology (MIT) might ease some of his anxieties and those of other travelers. The research was undertaken by Arnold Barnett, a statistics expert who specializes in health and safety.

Barnett's study (which has not yet been peer-reviewed) found that during a two-hour flight, your chances of catching the coronavirus from a fellow passenger or crew member are 1 in 4,300.

The safety factor was even greater on airlines (such as JetBlue, Delta, and Southwest) that have promised to keep middle seats empty on flights into the fall. When a passenger has an empty seat next to her, the probability of catching the virus drops to 1 in 7,700—a better outcome by a factor of 1.8.

According to Barnett, these odds make airplanes safer than many other places where people go in their day-to-day lives, such as stores and office buildings.

The MIT study, if you take it at its face value, could be reassuring because Barnett appears to be an impartial observer. Though another study from the International Air Transport Association comes from an industry trade group, that research also points to airplane cabins as a surprisingly safe environment.

According to the organization's white paper, the use of hospital-grade HEPA filters, which are standard on contemporary aircraft, makes breathing on planes safer than in most stores, theaters, and other indoor spaces where crowds gather. "HEPA filters are effective at capturing greater than 99 percent of the airborne microbes in the filtered air," the document asserts. (Click here for an explanation of how those systems work.)

I told my friend that he should give his mother his blessing to fly. Seeing her sister one last time was too important to skip.

We may soon understand that the key safety factor in travel is not so much how you get there, but the infection rate in the place you're visiting.

For that information, we recommend looking at the Harvard Global Health Institute's interactive map showing risk levels not just for every state in the USA, but also for every county.