Which Frequent Flyer Program Is the Best for Actually Redeeming Miles? A Massive New Study Provides Some Answers

We have to give thanks to Consumer Reports, which has done the heavy lifting on this one, completing a study of some 70 million passenger in the last year has yielded important data on which frequent flyer program actually is allowing flyers to bag free flights. The study looked at the 25 most popular "award routes" and also came up with a value for seats on those flights, airline by airline. Here are the results:

Most generous airline: That would be Southwest, which set aside 11.5% of total passenger seats for redemption in their loyalty program. That came to a whopping 11.9 million "free" flights. It also had, according to Consumer Reports the "highest percentage of award-seat availability on 72 percent of the 25 most popular U.S. award routes." 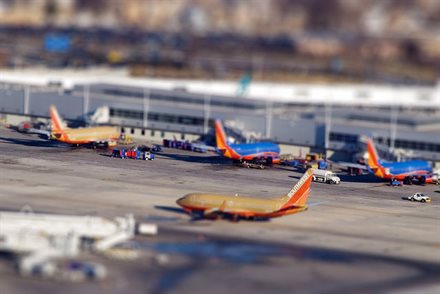 Least generous airline: JetBlue holds this ignominious title. During the course of the study, it only set aside 4.5% of its seats for award mileage holders.

Very little difference between the other players: In looking at the figures on Delta, United and American, there was a dead heat on most routes, in terms of how many seats were going for miles rather than money.

More Not Fewer People Flew for Free: Surprisingly, 3 million more people flew thanks to frequent flyer miles in 2013 than did in 2014. I guess they must be the folks taking up the middle seats!

The value of a seat will vary by route and airline: Click here for Consumer Reports fabulous chart.

Consumer Reports also prints the type of advice we've been giving for eons on how to up your chances of getting an award seat. These include:

Be persistent: Contact the airline far, far in advance of travel as there will be more award seats available at that point. But if you're turned away, try again. Remember: some other frequent flyer might release a seat, or the airline might decide to add more reward seats to a certain flight.

Use the phone if the web fails: Sometimes doing so will allow you to tap into the possible flights on the airline's partners; or turn up flights on your carrier that are AWOL on the web. Yes, you'll pay a bit to book over the phone, but it will still be far less than the cost of a ticket.

Use credit cards to earn miles: It's faster and easier than flying to get them nowadays.

Switch to the better airline programs: As we've reported, a number of airlines have rejiggered their frequent flyer programs in just the last 18 months to favor business travelers and others who pay premium for tickets (and fly frequently with one carrier). Right now, American Airlines is the only one of the major US carriers that is still giving a mile for a mile flown (rather than basing miles on cash paid, and status in the program). British Airways also has a very generous program, and with its wide network of partners, can even garner travelers free flights within the United States.