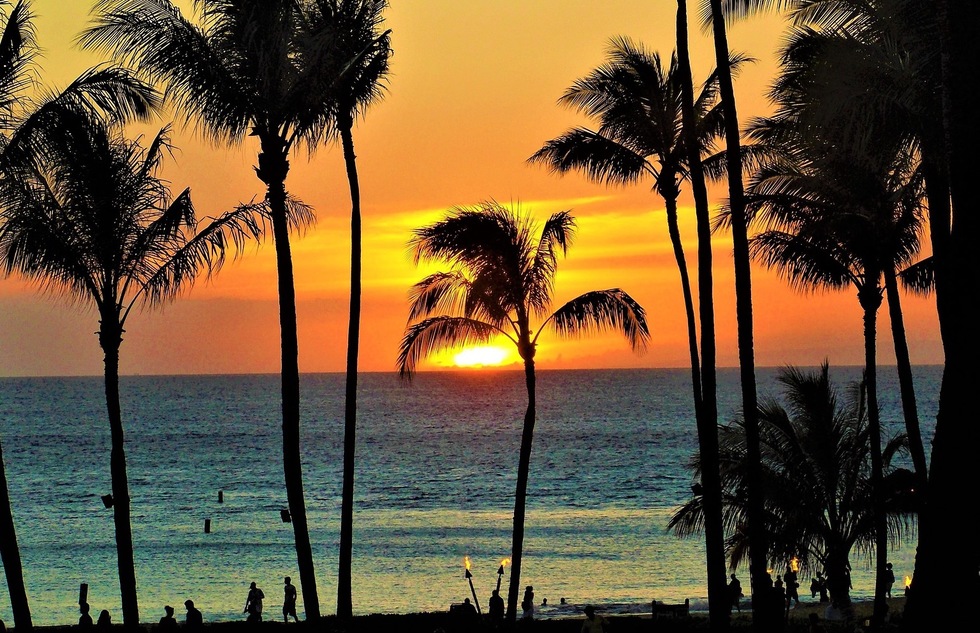 Will Hawaii Secede from the United States? Touristically, We Mean

Imagine if Gov. Andrew Cuomo were to meet with the New York State Legislature to propose a special relationship that only applied to New York State and France.

"Because the Empire State and the great country of France have a shared level of sophistication, a shared love of good food and wine, and similar political leanings, we are going to make it easier for French citizens to visit New York," the press release would announce. "From now on, French citizens will find no bar to their entry. But anyone else arriving from anywhere else, including the other 49 states of the union, will have to undergo a 14-day quarantine."

That would never happen, of course—we New Yorkers are far more sophisticated than the French. (Kidding, kidding!)

But a similar plan is being floated in Hawaii.

The science behind it makes it less outrageous—somewhat—than the scenario described above.

On Thursday of last week, the Hawaii State Senate's Special Committee on Covid-19 "gave its blessing" to a plan to create a special travel bubble between the Aloha State and Japan.

Under the possible agreement, visitors from Japan would be allowed to vacation in Hawaii without undergoing the same two-week quarantine that's required of any other visitors currently—including Americans from other states.

The plan, if approved and signed into law, would start July 1.

The question becomes: Will an American state allow citizens of a foreign nation greater privileges than it grants to fellow citizens?

Last Friday, Gov. David Ige announced that the quarantine requirement for people arriving in his state would be extended past the end of June. Just how far into July that quarantine will go will be announced soon, but in conjunction with the proposed agreement, the result could be that American visitors would find it much harder to see Hawaii than Japanese visitors—which, considering Japanese and Hawaiian history, would be unexpected, to put it mildly.

Hawaii has the lowest coronavirus infection rate and death count in the United States. Japan, too, is considered to have flattened its curve. "Given the significance of Japanese tourists to Hawaii and Japan’s low Covid-19 infection and death rates, a travel bubble with Japan could serve as an effective start and pilot in the gradual reopening of tourism,” said Paul Yonamine, Central Pacific Financial Corp. chairman and CEO, in his testimony before the committee, according to Honolulu's Star–Advertiser.

He's right about the significance of Japanese visitation to the state. Japan is by far the biggest international market for the Aloha State, accounting for 15% of all visitors and bringing some $1.3 billion per month.

So for economic reasons, this special travel bubble could well become a reality.

Or there could be another solution altogether: The legislature also floated a plan to make all visitors take a Covid-19 test before boarding planes to Hawaii. Since April, Emirates Airlines has required rapid coronavirus tests for all of its passengers, so there is some precedent for this type of solution.

In the coming months, it will be interesting to see who becomes the first to receive that warm Aloha welcome again. It just might be travelers from Japan.