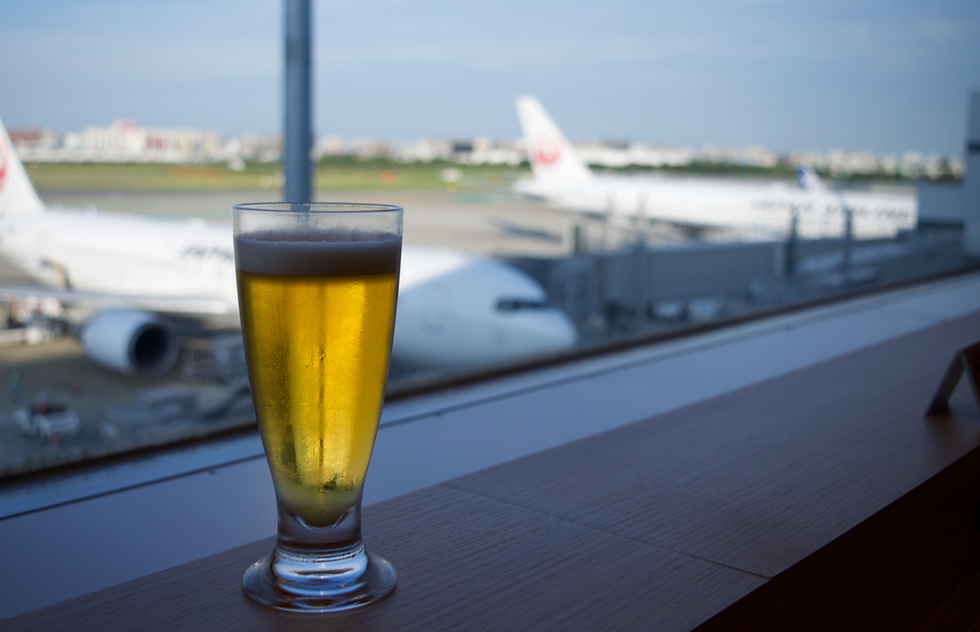 $27 for One Beer?! Officials Vow to Clamp Down on Out-of-Control Airport Prices

Charging $5 for a bottle of water or nearly $11 for a side of fries is bad enough.

But $27 for a single beer is outrageous even by airport standards.

lol at all of this, including the additional 10% “COVID Recovery Fee” that doesn’t go to workers pic.twitter.com/Bq9rHJqek7

In its review, the Office of Inspector General found that a vendor called OTG, which operates airport concessions in several North American cities, had "erroneously" added a surcharge on top of an "inflated base price." Consequently, a total of 25 customers were charged the "totally indefensible" amounts of $23 or $27 for a seasonal Sam Adams beer in LaGuardia's Terminal C.

The audit confirmed that all 25 of those customers eventually received full refunds from the vendor.

But in the course of sorting out the case of the insanely overpriced brew, the Port Authority determined it needed to clarify its policy governing food and drink prices at New York City–area airports (LaGuardia, Newark, and JFK) and strengthen compliance measures for vendors.

“All airport customers should rightly expect that policies which limit the pricing of food and beverages at concessions will be followed and enforced,” Port Authority chairman Kevin O’Toole said in a statement. “Nobody should have to fork over such an exorbitant amount for a beer."

According to the Port Authority's rules, airport concessionaires must set prices that are no more than 10% higher than nearby "street prices" for the same goods. So if a bottle of water is selling for $2.50 at stores near LaGuardia in Queens, airport vendors shouldn't be able to sell the same item for more than that price plus 10%, or $2.75.

The street-price-plus-10% provision has been in place since 2020, but an investigation by the nonprofit news organization The City discovered last summer that Pringles, soda, and other snacks sold inside LaGuardia and JFK terminals are priced significantly more than 10% higher than what stores near the airports charge.

The Port Authority's new revisions to the policy are designed to provide airport vendors with "clear, specific, and detailed" instructions for calculating prices, and the Port Authority says it's ramping up enforcement via measures such as more frequent onsite pricing checks carried out by the agency.

Will such changes result in lower prices for food and beverages at New York City airports? We'll believe it when we see it.

As Cooper Lund, the Twitter user who brought the $27 beer to the world's attention, put it to The City: “Look, man, I live in New York City. I don’t expect enforcement of anything ever. The only way you can get any type of enforcement is by yelling loud enough online.”

The Port Authority's news release announcing the policy revision at least partially endorses that view. "All customers who suspect pricing violations are encouraged to report them via social media and tagging the relevant airport (@EWRAirport, @JFKAirport, @LGAAirport)," the statement reads.