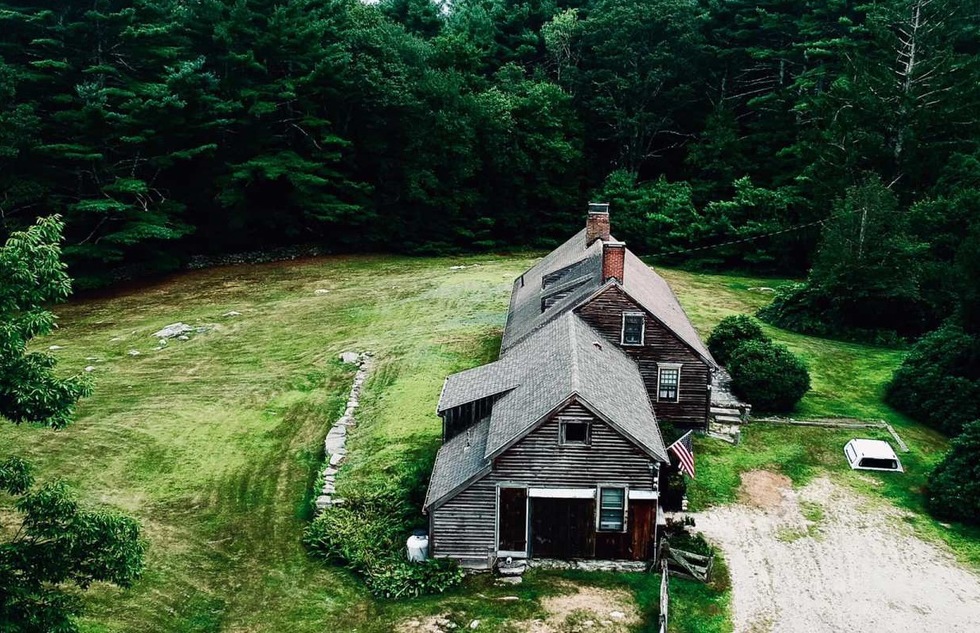 The Farm on Round Top Road

The 14-room farmhouse that inspired the hit horror movie The Conjuring can be yours for $1.2 million.

Fair warning: You might have some spectral squatters to deal with.

A listing for the historic, 8.5-acre property in Burrillville, Rhode Island (about a 40-minute drive northwest of Providence), appeared last week on the website for Mott & Chace Sotheby's International Realty.

In the 1970s, ghostbusting couple Ed and Lorraine Warren were brought in to rid the home of malevolent spirits, as depicted in the 2013 film, which has spawned several sequels and spin-offs.

Though scenes weren't actually shot in Rhode Island, the cinematic spotlight brought a lot of attention to the house from fans and looky-loos—enough to drive off the previous owners in 2019.

That's when Cory and Jen Heinzen of Maine purchased the property. Soon thereafter, they opened the doors to "paranormal investigations" from overnight guests for $125 a pop, as Frommer's reported in September 2020.

The Heinzens aren't giving up the ghost, so to speak, because the plan didn't work. Quite the contrary: According to the website for the Farm on Round Top Road, as the place is now known, reservations are booked solid through the end of 2022.

Instead, the couple's realtor told the Boston Globe, keeping up with all the nightly visitors, daily tours, maintenance, and inquiries has turned out to be too much work for two people who hadn't intended to become haunted hoteliers.

In the same clip, Jen Heinzen promises that guests' overnight bookings through 2022 will be honored and that the pair will be "very picky" when it comes to finding the right buyer.

So if you're interested in purchasing the house and you're a demon-possessed doll or the spirit of an evil witch escaped from hell, we hope you can pass a background check.