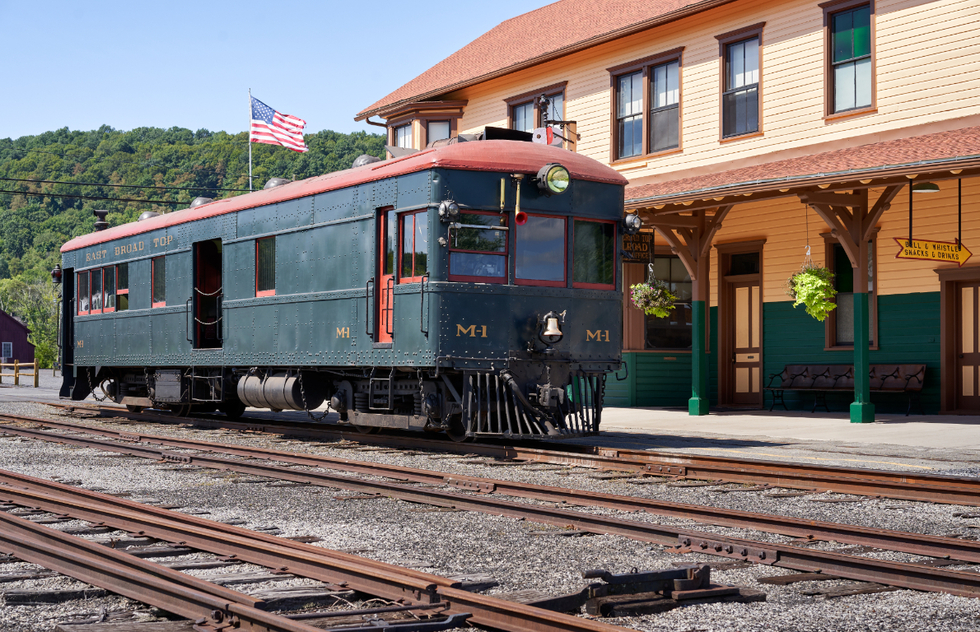 One of the oldest narrow-gauge railroads in the United States is celebrating its 150th anniversary this year—and tourists can ride the historic rails again after a 10-year hiatus.

The East Broad Top Railroad in central Pennsylvania's Huntingdon County (west of Harrisburg, the state capital) began carrying coal and freight through the region in 1872, and continued doing so until 1956.

Converted to a tourist attraction in 1960, the heritage railway offered excursions along about 5 miles of the 33-mile main line for decades more, until ownership changes prompted a closure in 2011.

After acquiring the railroad in 2020, the nonprofit EBT Foundation resumed tourist excursions last summer, taking riders on an hour-long journey from the railroad's base in Rockhill Furnace to Colgate Grove and back. 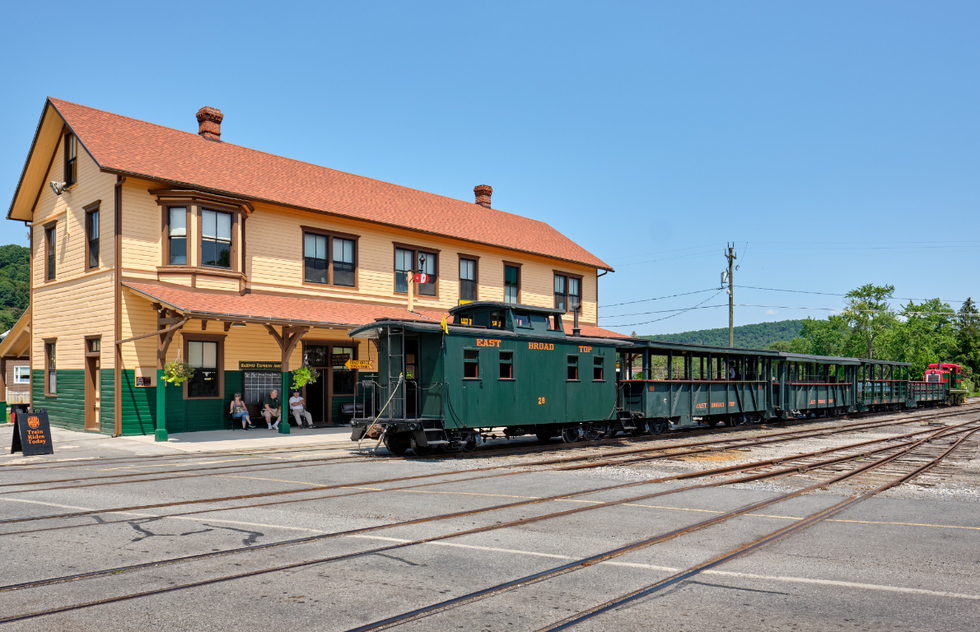 East Broad Top's 2022 season, marking the railroad's 150th birthday, leaves the station on Friday, May 6, with train rides and other events scheduled through the end of the year.

The foundation has big plans for beyond that, too. Six original steam engines from the railway's industrial era are undergoing restoration for eventual use on sightseeing excursions, and the organization hopes to reopen more stretches of track over the next several years. 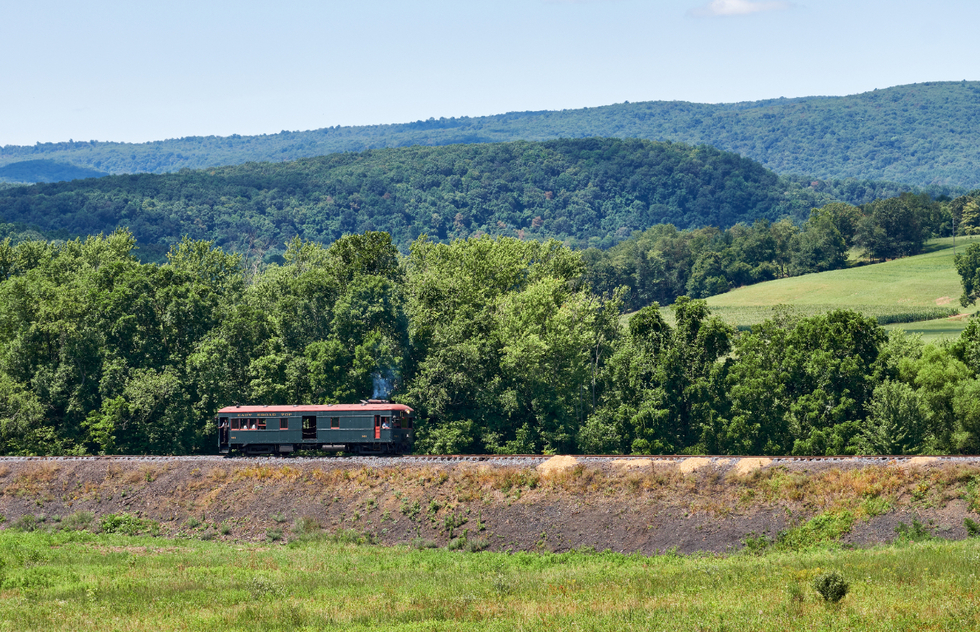 The main line's complete 33-mile length has been remarkably well-preserved over the years. In fact, the foundation describes East Broad Top as the only surviving 3-foot narrow-gauge railway east of the Rocky Mountains. ("Narrow-gauge" simply means the tracks are closer together than the standard gauge of 4 feet, 8.5 inches, allowing for tighter curves and nimbler negotiations of mountainous terrain.)

East Broad Top's current one-hour trips can be taken in a historic caboose or open-air train cars powered by a vintage diesel locomotive (at least until the steam engines are ready again). 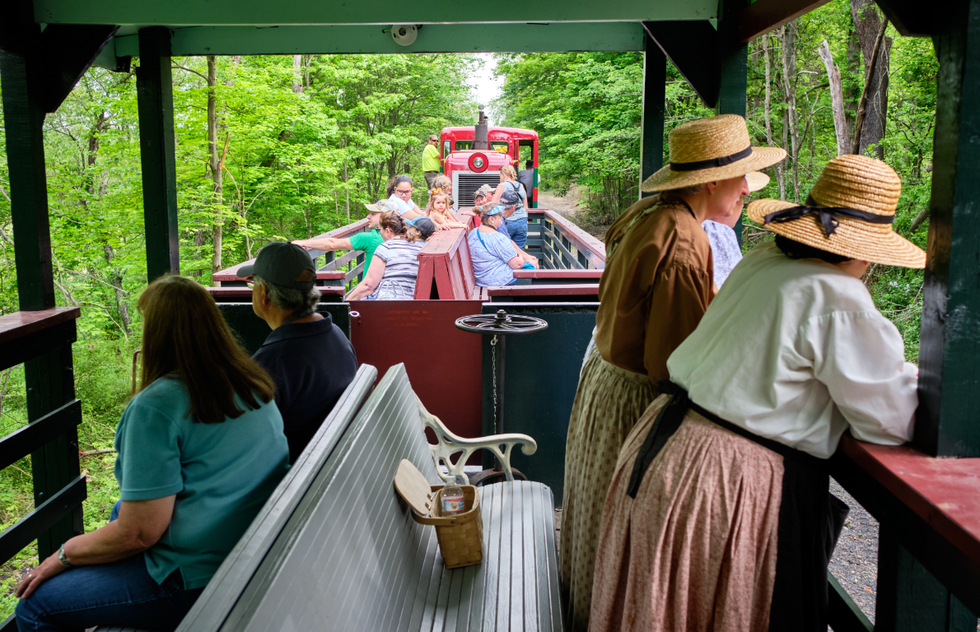 The scenic ride through the Aughwick Valley passes family farms, crosses Blacklog Creek, and travels through lush forests before turning all the way around—meaning there's no side of the train with bad views—at Colgate Grove.

You can also take tours of the railroad's 19th-century machine shop or go for a spin on a trolley operated by the adjacent Rockhill Trolley Museum.

Go to EastBroadTop.com to buy tickets.