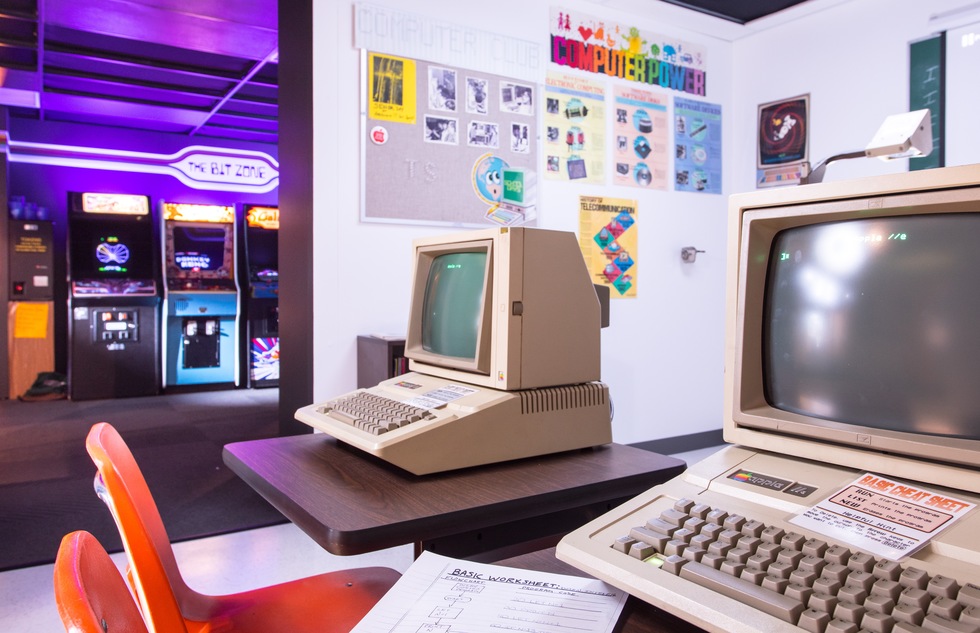 A Temporary Museum of the 1980s Opens in Seattle

There's nothing like seeing cultural artifacts from your childhood in a historical exhibit to make you feel like an ancient relic.

Those of us with memories of the 1980s can have that disconcerting experience at Seattle's Living Computers: Museum + Labs, where a temporary exhibit called "Total 80s Rewind" transports visitors to the world of a teenager in the Reagan years.

Gather 'round, kiddies, and I'll tell you a harrowing tale of pay phones and looking stuff up in the Encyclopedia Britannica—the print edition.

The exhibit has three rooms chock-full of working '80s-era technology and set design straight out of Stranger Things.

In a classroom with rows of desks topped with Apple IIe computers, you can learn BASIC programming from an overhead projector or play the classic Oregon Trail game, which taught the nation's third graders that their loved ones could be killed by typhoid fever at any time. ("Everyone in your party has died." Time for recess!)

For video games with more octane and less emotional trauma, stop by the museum's '80s arcade and try to get your name on the leaderboards of Galaga, Joust, Centipede, and other retro consoles.

Finally, visitors can loaf in a wood-paneled "friend's basement" equipped with a turntable and LPs, an original Nintendo gaming system, a flashing color organ, and board games such as Battleship.

We would have thrown in some Golden Girls reruns, but maybe other children in the '80s weren't into that show? (You missed out.) 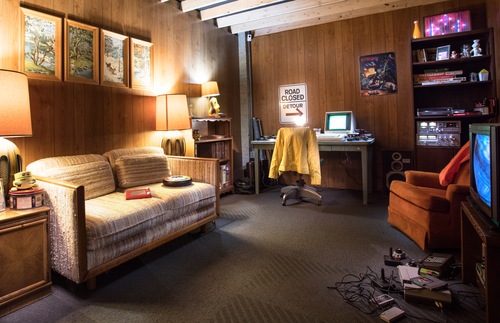 "Total 80s Rewind" runs through December 31 at Living Computers: Museum + Labs, which defines its mission as providing "a one-of-a-kind, hands-on experience with computer technology from the 1960s to the present."

General admission costs $16 (free for kids ages 5 and under). Access to the '80s exhibit is included in that price.