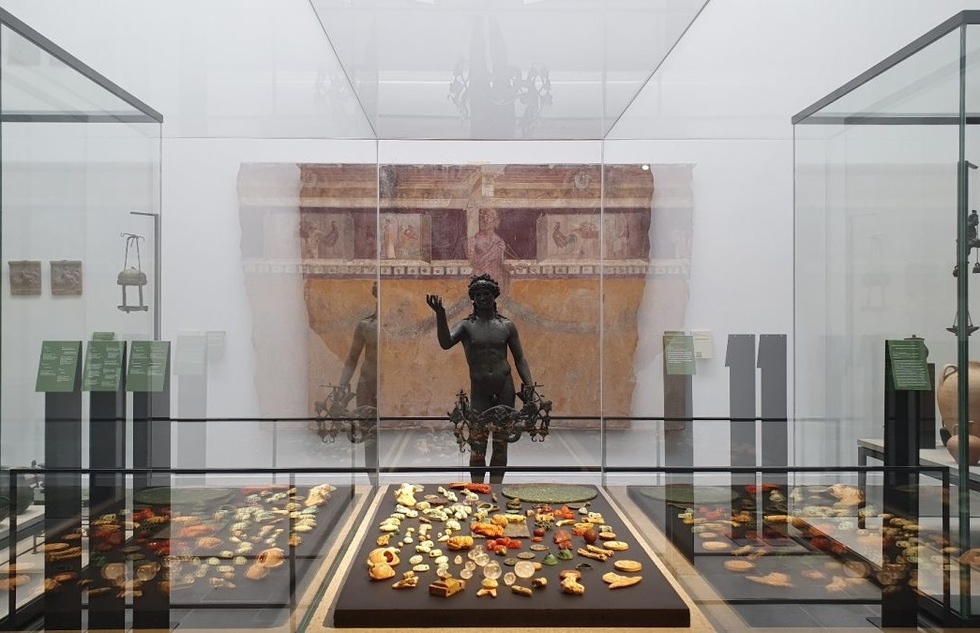 The Antiquarium of Pompeii

In some ways, the Antiquarium museum at the archeological park of Pompeii has had as troubled a history as the doomed city itself.

The facility opened back in 1873 but since then, it had to shutter twice, first because it was bombed during World War II, and again in 1980 because of damage from an earthquake. The museum didn't fully reopen for decades following that catastrophe.

But on January 25, after 40 years out of use as a showcase for Pompeii's permanent collection, the Antiquarium reopened to the general public on a daily basis. Much of what's on display has been in storage for years.

Now tourists to Italy can again see artifacts large and small that illustrate daily life in the lost city, which was consumed in 79 A.D. by a horrific volcanic eruption that killed approximately 2,000 people.

Objects that are back on display include some of the site's most fabulous archeological finds, including brilliant frescoes of the House of the Golden Bracelet, the triclinium (dining room) of the House of Menander, life-size statues, and recently discovered stucco from the fauces (entry passage) of the House of Orion.

Silver tableware, bronze warming trays, and other dining utensils are among the smaller, but just as fascinating, items on display. Most poignant: the casts of citizens that were made years ago by pouring plaster into the cavities left by corpses in the volcanic ash.

It's expected that as more treasures are uncovered—and that happens all the time at Pompeii—they will be added to the collection. The site is still an ongoing archeological dig; the remains of an ancient fast food restaurant, including remnants of food still calcified in pots, was announced as a find at the end of 2020.

Admission to the Antiquario di Pompei is now included with entry to the general archeological park. Visitors have access to an audio tour that explains what they're seeing, although there's also extensive printed text. The Antiquarium has also introduced a new section on the history of Pompeii, from its roots as a small settlement in the 4th century B.C. until its abrupt end.

Pompeii was uncovered in 1786, and in the years afterward it was visited by many eminent personages including German poet and playwright Johannes Wolfgang von Goethe, who exclaimed, “There have been many disasters in the world, but few have brought as much joy to posterity. I think that it would be difficult to see anything more interesting."

Contemporary visitors will feel the same way, especially after a stop at this state-of-the-art museum.

And it's not the only major Roman antiquity that has been suddenly made available again to travelers to Italy this year: In March, Rome will reopen the epic Mausoleum of Augustus after it was closed to the general public for some 80 years.