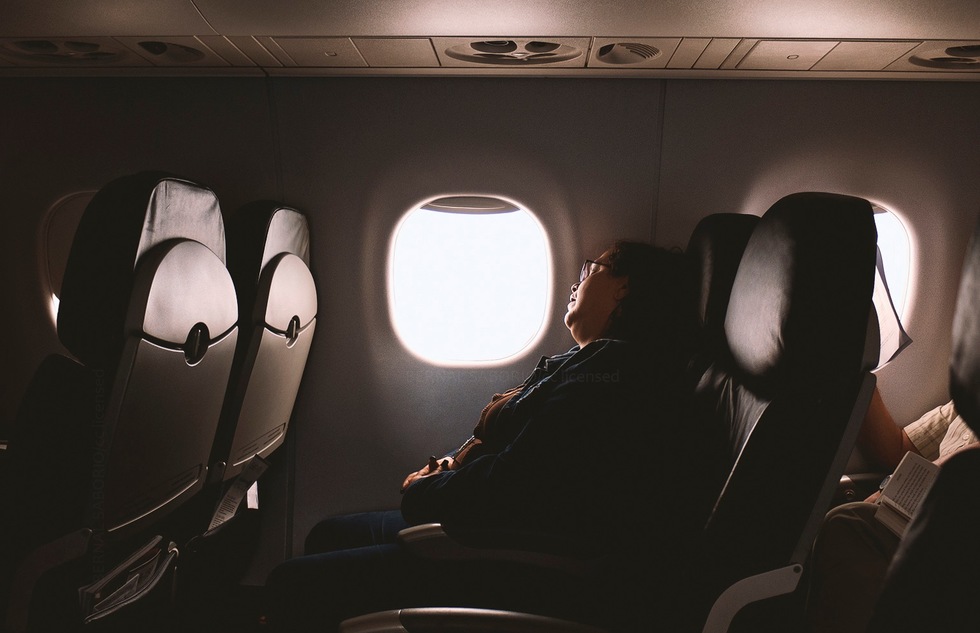 Do you sleep well on a plane?

How? The seats are so cramped, and the temperature is never right, and you can't recline more than a couple centimeters, and the lack of neck support means that you either get a cramp from going chin to chest or your head continually does that thing where it nods and then involuntarily snaps up, waking you with a start.

About the only thing snooze-inducing about the entire experience, if you ask us, is the white noise generated by the jet engines.

In acknowledgment of that soporific hum, British budget airline easyJet released an album this month featuring a recording of two Airbus engines captured at a cruising altitude of 39,000 feet.

Whoever's responsible for the project must be a Beach Boys fan because it's called Jet Sounds. Here's a clip:

If that didn't put you to sleep, try the 10-hour version posted on the carrier's YouTube channel.

The hourlong album can be downloaded at iTunes for $7.99. Proceeds benefit the U.K.-based Children's Sleep Charity, which supports youngsters with sleep issues.