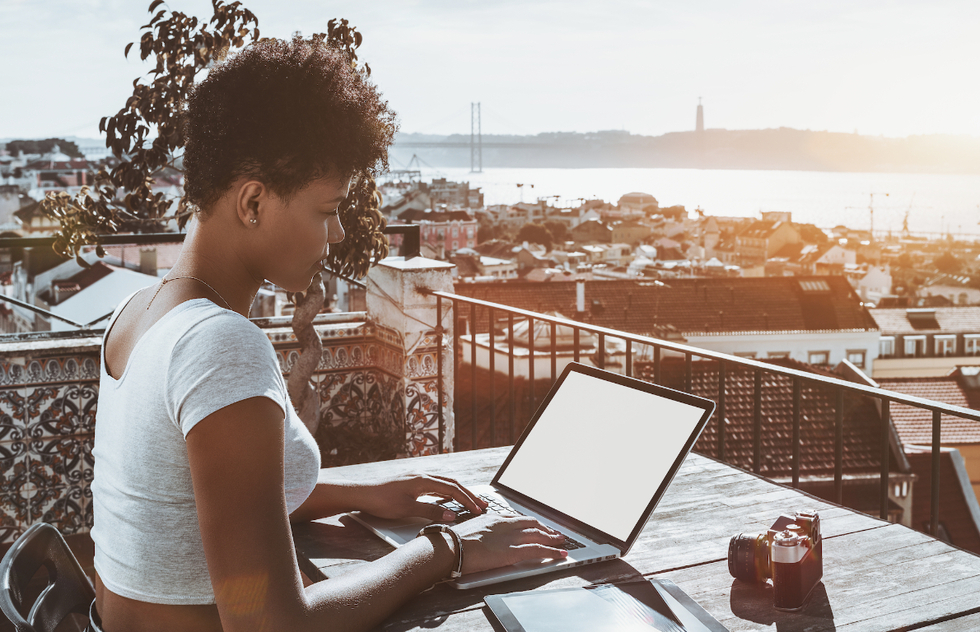 Already a Fave with Expats, Portugal Is Launching a Digital Nomad Visa

One of Europe's most popular destinations for expats is making it easier for digital nomads to stick around for up to a year.

Starting October 30, citizens of the United States and other countries not in the European Union or the European Economic Area may apply for Portugal's new residence visa for remote workers, the Portuguese government has announced.

In addition to providing proof of income, applicants will need to submit certain tax and employment documentation. Applications will be accepted at any Portuguese Consulate or via the country's immigration office.

This is the country's first visa program geared specifically toward remote workers. As Business Insider points out, many of the foreigners who have poured into Portugal over the last few years have relied on the country's D7 visa, which is even more affordable but intended for retirees with "passive" income deriving from real estate or investments.

There's also Portugal's controversial "Golden Visa" program, a way for well-heeled expats to wind up eventually with European citizenship—though critics have called for a clampdown on such schemes. They say governmental oversight has been lax, for one thing, and, more broadly, that these sorts of visas set an unfair and unsavory precedent of letting the rich buy citizenship wherever they want.

What's more, many Portuguese protesters and housing advocates have argued that the recent influx of foreigners has contributed to rising rents and evictions in the country.

Of course, it's not hard to see Portugal's appeal for remote workers, what with the country's low cost of living, pleasant weather, 1,100 miles of spectacular coastline, medieval villages, and exciting cities like Lisbon (pictured above) and Porto.

But you might want to think about the effect your digital nomadism is having on the local populace. Or at least be prepared for a less-than-ecstatic welcome.