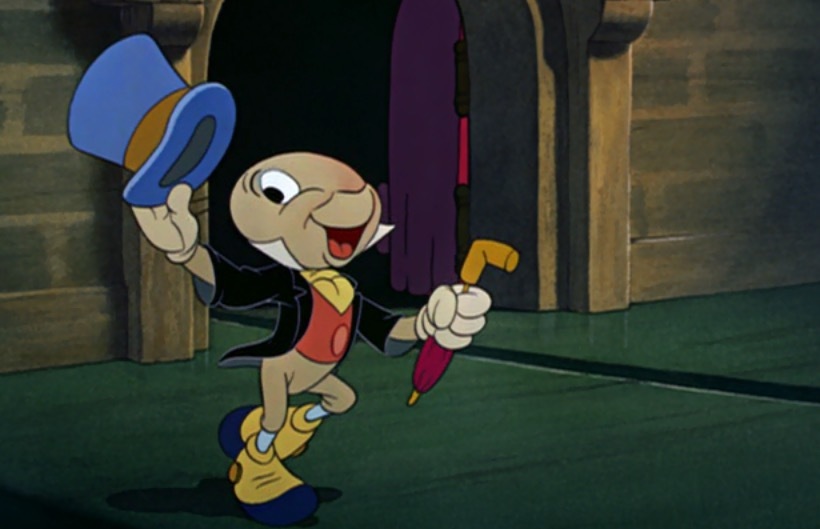 Whoever heard of an emotional support insect, you ask? We have two words for you: Jiminy Cricket.

In addition to keeping your helpful, devoted, and musically gifted bugs from the passenger cabin, the carrier's newly revised animal restrictions, which go into effect July 1, ban goats, hedgehogs, amphibians, ferrets, reptiles, rodents, snakes (which are reptiles, but we can see why American thinks it bears repeating), spiders, sugar gliders, and non-household birds like poultry and predators. Also on the no-fly list: animals that have an odor, tusks, horns, or hooves (excepting, curiously, miniature horses trained as service animals).

The changes are part of the air travel industry's efforts to prevent travelers from passing off mere pets as legitimate support animals. The latter fly for free on airlines, but pets require fees.

While it's not easy to pretend an untrained parakeet is a specially skilled service animal, it's harder to argue with someone claiming the critter they're carrying provides emotional support just by existing. And thus a loophole was born.

But after a recent boom in passengers bringing support animals on board without paying—including an especially memorable United Airlines episode involving a comfort peacock—the major carriers are, in effect, closing the barn door. Both United and Delta Air Lines issued newly revised, stricter guidelines for service and emotional support animals earlier this year.

Now American is joining its Big Three rivals. Beyond banning certain critters, the new policy (which, for fairness' sake, was developed with several advocacy groups for people with disabilities) requires passengers to give at least 48 hours' notice if they'll be traveling with an emotional support animal, along with documentation from a physician confirming that the carry-on beast is necessary.

Further, passengers must agree that if their little friends cannot behave on the plane, pet fees can be charged after all.