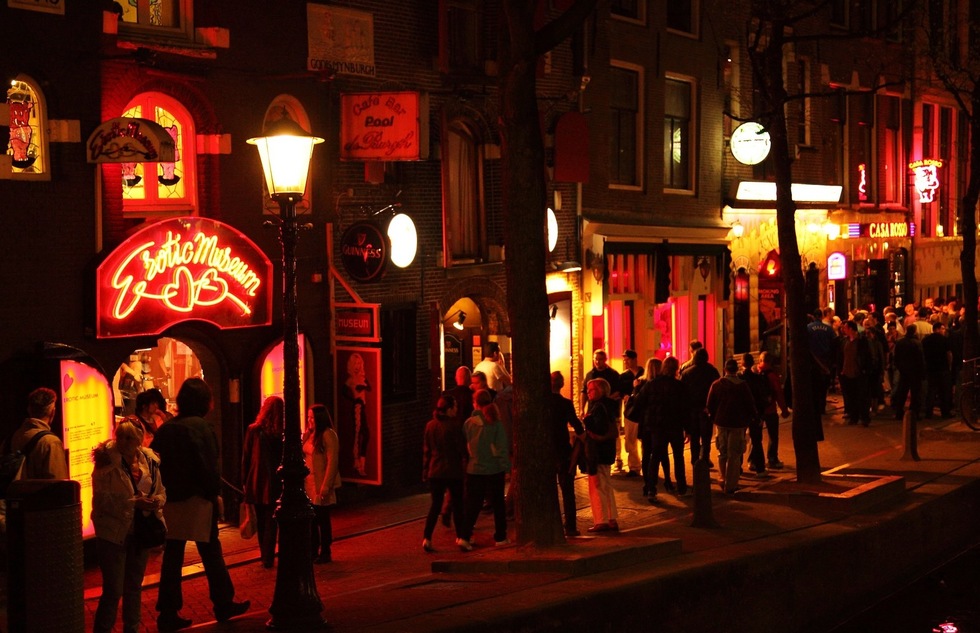 As much as it's known for picturesque canals and paintings by Dutch masters on display at the Rijksmuseum and elsewhere, Amsterdam has also gained a reputation as a haven for legal marijuana and prostitution.

Neither of those is leaving the city anytime soon, but authorities are cracking down on tourist lookie-loos checking out the famous red-light district, where sex shops and sex workers do their thing in a neon-lit section of the medieval city center.

Starting on January 1, 2020, all guided tours of the red-light district will be banned.

Huge crowds and their negative impact on prostitutes' business and dignity were cited as reasons for the change.

"We are banning tours that take visitors along sex workers’ windows, not only because we want to prevent overcrowding in the red-light district, but also because it is not respectful to sex workers," said deputy mayor Udo Kock, according to reports. "It is outdated to treat sex workers as a tourist attraction."

More than 1,000 group tours pass through the area each week, according to DutchNews, and 80% of sex workers say that the influx hurts business.

Tourists can still swing by the red-light district after the guided-tour ban goes into effect on January 1, but those visits will have to be self-guided.

The new measure was announced along with several other regulations targeting organized tours outside of the red-light district. Those will now require an officially accredited guide, will be capped at 15 people per group, and will come with a 7% tax on top of the price. Also banned are free tours and soliciting passersby to take tours.

This is all part of a larger effort by Amsterdam officials to combat overtourism in a city that gets a whopping 19 million visitors per year.