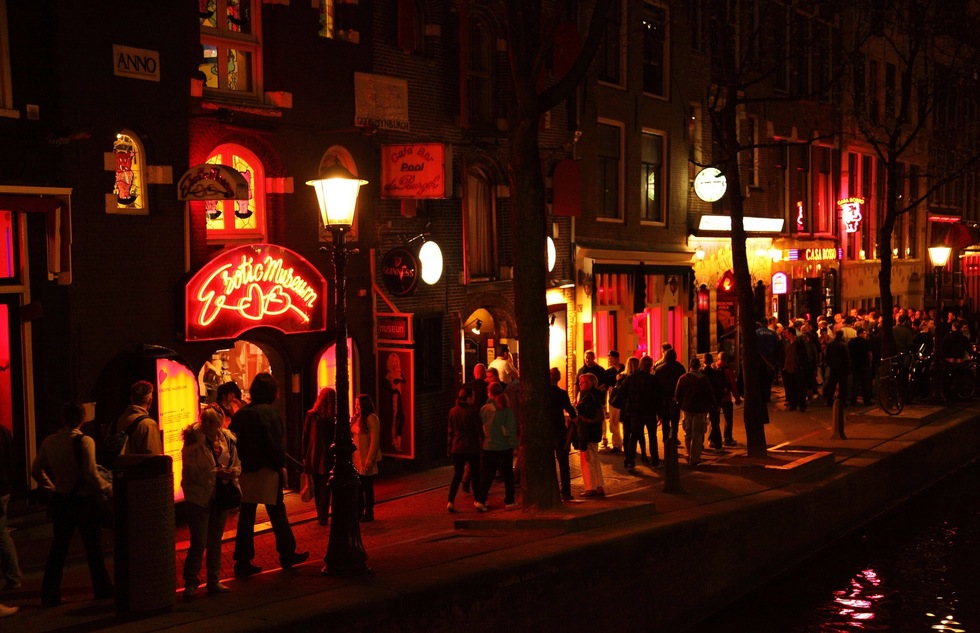 On Saturday, July 18, some of the streets in Amsterdam's Red Light District were closed. Authorities tweeted warnings to stay away in both Dutch and English.

Although the area is most known for its brothels, the closure didn't come about because of worries about coronavirus transmission through prostitution. Instead, the city's position was that some of the area's walkways are too tight.

Bars, coffee shops, and windows for sex workers all share ancient narrow lanes that were becoming too crowded to allow for social distancing between all the looky-loos.

Still, the relationship between Amsterdam's authorities and the sex industry is an increasingly fraught one. Last year, the city banned tours of the Red Light District, also citing concerns of overcrowding.

In May 2020, Amsterdam Mayor Femke Halsema presented four plans aimed at lessening the footprint of prostitution in Amsterdam's historic core. They ranged from reducing the number of prostitute windows in De Wallen to moving sex workers to premises outside the city.

In the Netherlands, no links have been made between Amsterdam's sex workers and the spread of coronavirus. The government gave the green light to reopening the Red Light District in early July, and there's been no sign of a connected increase in infections reported since then. In fact, new infections and deaths in the Netherlands from coronavirus are down by more than 90% from the country's April high.

That may be because the government has imposed strict regulations on the industry. Among the rules: Sex workers are expected to clean their sheets between customers, disinfect all surfaces that were touched, shower more, and avoid kissing and other face-on-face interactions. Most importantly, the workers are instructed to grill prospective clients about symptoms they or their housemates might be experiencing.

Surprisingly, face coverings are not expected. As Foxxy, a sex worker and activist at the Prostitution Information Center in Amsterdam, told The Guardian, "We don’t need to wear any face masks during the playdates, thank God."

But though the sex industry is back up and running, it's an open question whether most of the brothels will survive the pandemic. The city's low visitation numbers are impacting the industry. Some 70% of its usual customers are tourists, and travel restrictions are keeping many of those away.