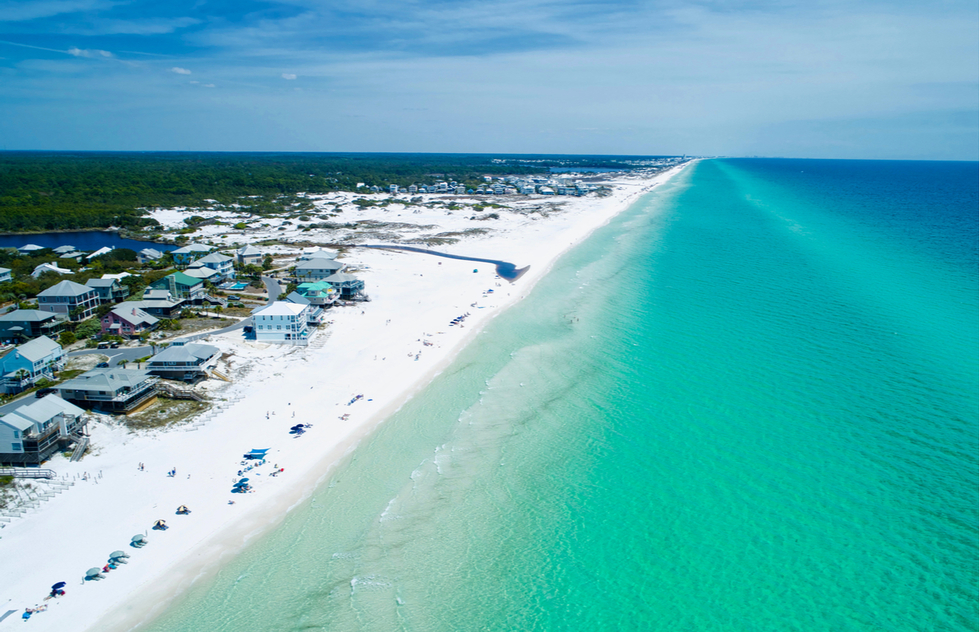 Annual Ranking Crowns USA's Best Beach. But Is It Open?

Grayton Beach State Park in the Florida Panhandle is the new best beach in the United States, according to the annual ranking by coastal expert Stephen Leatherman, a Florida International University professor better known as Dr. Beach.

Leatherman has been releasing his top 10 beaches list at the start of every summer since 1991. Among his evaluation criteria: water and sand quality as well as safety and management.

Grayton Beach, part of a 2,000-acre nature reserve between Panama City and Pensacola, takes top honors this year for what the Dr. Beach website describes as "sugar-white sand and emerald green water" in an area where "big sand dunes still dominate the landscape" because "development has been restrained."

Okay, but is the beach even open right now?

Yes—though with "limited visitation," reads a notice at the Florida State Parks website.

Group sizes can't exceed 10 people and "restroom availability may be limited," the notice states. Additionally, the Associated Press reports that cabins and campsites are closed.

But the beach, trails, and canoe launch are all open for daytime use.

One other Florida beach, Caladesi Island State Park in Dunedin/Clearwater, made Dr. Beach's list at number 6.

North Carolina also had a strong showing with two beaches in the top 5: Ocracoke Lifeguarded Beach in second place and Lighthouse Beach in Buxton at fifth.

Both beaches are in the Outer Banks. In a news release, Leatherman writes that bans on smoking along that region's shoreline earned it bonus points.