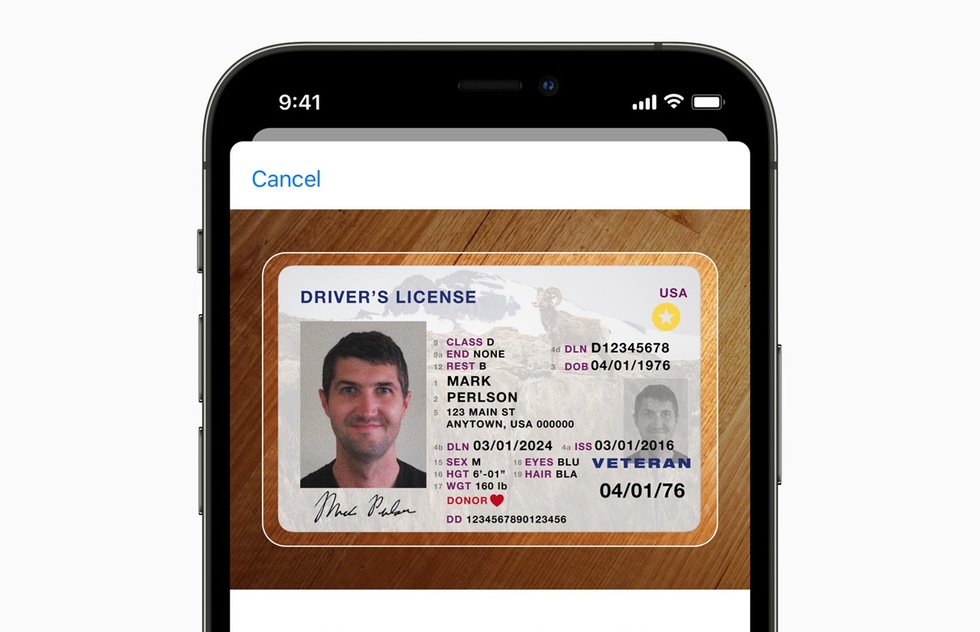 A lot of Apple customers will soon be able to leave their IDs in their bags when going through airport security.

Earlier this month, the company announced that eight U.S. states have signed on to a new system that allows iPhone owners to store government-validated digital versions of their driver's licenses on smartphones.

To participate, iPhone users simply scan their driver's licenses and add them to the Wallet app, which will confirm the ID's authenticity with the state where it was issued.

After that, passengers no longer have to show physical identification cards to Transportation Security Administration (TSA) inspectors. Instead, flyers need only use face or fingerprint authorization to send verification from their smartphones or Apple Watches to a TSA reader device.

Because validation is handled wirelessly, Apple says "users do not need to unlock, show, or hand over their device to present their ID."

The implementation standard being used by Apple, ISO 18013-5 mDL (mobile driver’s license), could be used by other smartphone makers such as Android to build similar touchless validation systems for their own customers. Meanwhile, Apple is working on bringing more states into the program.

The TSA has been busy upgrading its identification readers at airports across the United States so that they will accept self-scanned ID cards.

Although no timetable has been provided for the rollout of Apple Wallet validity at airports, the capability is dependent on the iPhone's newly updated operating system, iOS 15, which will be released September 20.

But don't expect to ditch your physical identification anytime soon. Apple's system is still gaining traction among state governments, and just like regular driver's licenses, the TSA will only accept iPhone ID for domestic flights. Physical passports are still required for international fights.

The Electronic Frontier Foundation (EFF), a nonprofit group that defends civil liberties in the digital space, has raised objections to the new technology—not for its current implementation, but over warnings of a slippery slope.

"Designed wrong, it might be a big step towards national identification, in which every time we walk through a door or buy coffee, a record of the event is collected and aggregated," warned the EFF in a recent statement.

Apple is attempting to head off such criticism by stressing the addition of anonymizing encryption to the process and emphasizing that no signal is sent from the smartphone without a user's explicit permission via the authorization of a fingerprint or face scan on the device.

"Driver’s licenses and state IDs in Wallet are only presented digitally through encrypted communication directly between the device and the identity reader," Apple's announcement states. "Apple and the issuing states do not know when or where users present their IDs." 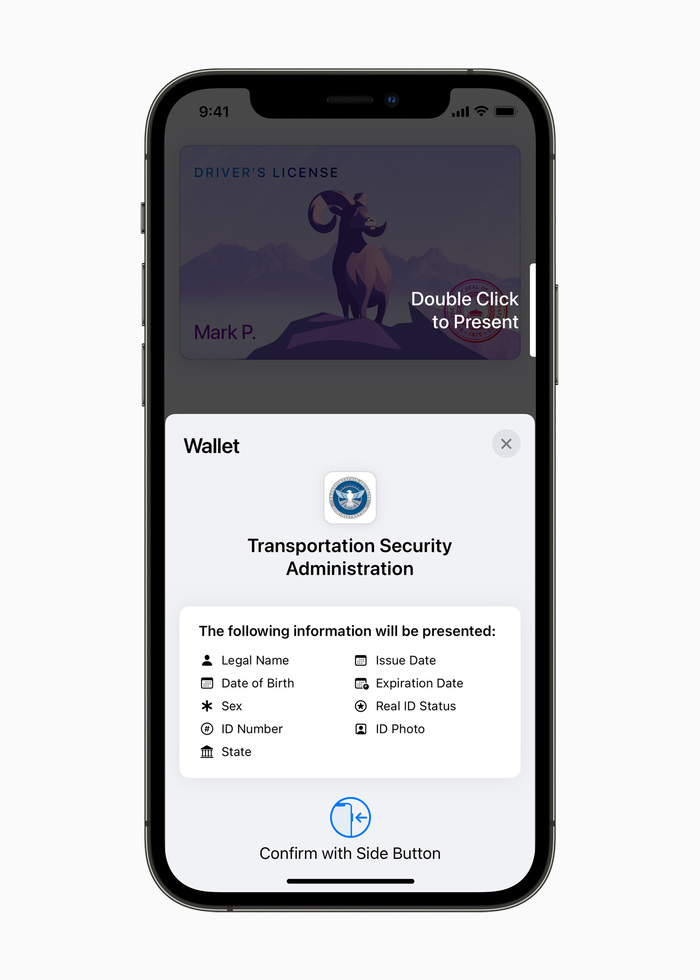