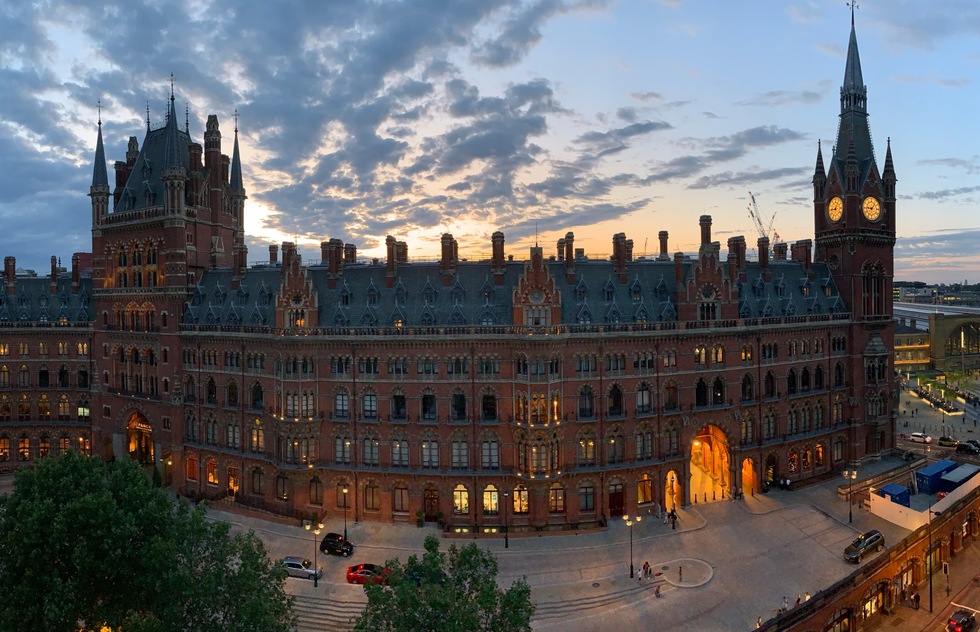 At Long Last, The One-Seat Amsterdam-to-London Train Trip Is Here

This news may enrich your next European vacation.

The Channel Tunnel connected England with Europe 26 years ago, but it took this long to get a high-speed train from central Amsterdam direct to central London.

And what timing! England just broke up with Europe this week.

The delay wasn't Brexit-related. There were lots of factors, some about train speeds previously being slowed in the countryside and some about the Netherlands figuring out how to process passengers' passports.

For the past two years, vacationers could feasibly limp from Amsterdam to London by changing trains in Brussels, but given the stress and delays of re-screening, that method was hardly competitive with air travel.

As of April 30, though—just in time for summer 2020 vacations—you can sit down with the tulips and not stand up again until you're near Trafalgar Square. That means you can have a breakfast of Edam cheese and ontbijtkoeken in Amsterdam and be in London in time for a good curry lunch with Vimto. Indigestion was never so convenient.

The journey will take a mere 3 hours and 50 minutes, with an ease and comfort level that will (and should) almost certainly put a major dent in competing air services. Why go through the trouble of hauling yourself to the airport and flying when now you can be delivered straight from Amsterdam Central to St Pancras station (pictured), one of the most gorgeous travel terminals on the planet?

Trains go from Amsterdam beginning April 30, and trains from Rotterdam start on May 18. Tickets for the new direct service will go on sale at the Eurostar website starting February 11, and prices will start at £35 (around US $45).

Plan your European explorations accordingly. We may be living during the moment Britain divorced itself from the Continent, but it has never been easier to zip between them.
Car, Bus, Rail
News