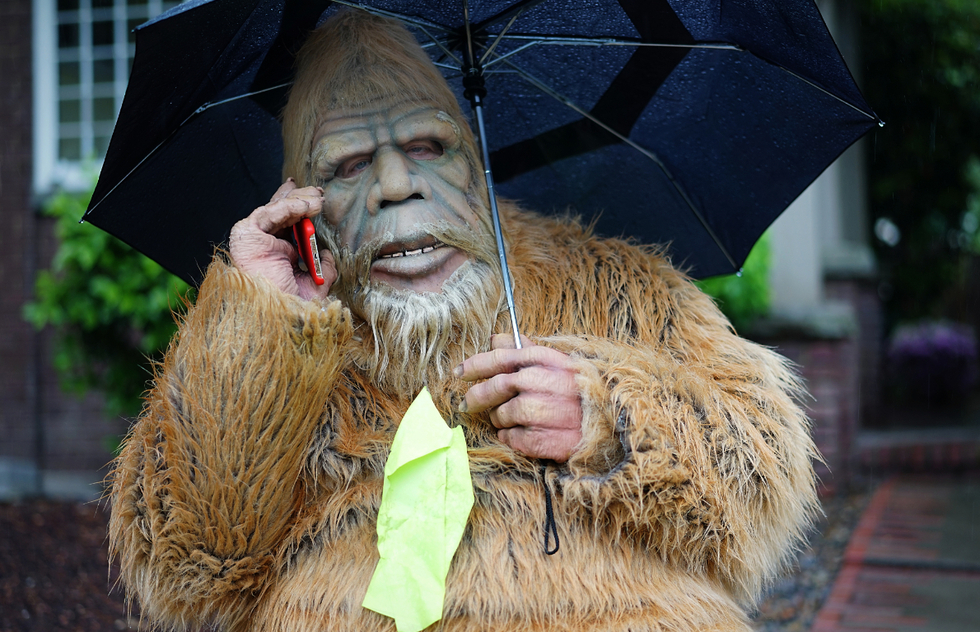 Bigfoot Bounty in Oklahoma: Get $2 Million Just For Capturing Sasquatch There

Here's your chance to solve a centuries-old mystery and make millions—or at least spend a few pleasant days in the woods.

Oklahoma lawmaker Justin Humphrey, a member of the state's House of Representatives, introduced a bill back in January to establish a Bigfoot hunting season. The legislator's district in southeastern Oklahoma claims to rank among the top 10 places for Sasquatch sightings. That's one reason why the local town of Honobia hosts an annual Bigfoot festival, scheduled to take place this year on October 1 and 2.

But according to Oklahoma's Enid News & Eagle newspaper, the idea caught the attention of the producers of an upcoming movie about the legendary apelike creature, and they, along with a private donor, have agreed to offer a reward totaling $2.1 million for the capture of a living, breathing Sasquatch.

Humphrey told the paper he's now working with state tourism officials to issue tracking permits—not, we repeat not hunting licenses—to those interested in participating in what Humphrey is calling "Sasquatch Quest."

Bigfoot must be brought in unharmed and without injuring others or breaking any laws in the process. After all, we can't have trigger-happy people firing shots at every hominid in Oklahoma—Tulsa native Garth Brooks could get hurt during a visit home.

Humphrey would like to see the state promote the project by selling memorabilia and issuing Bigfoot-spotting maps for visitors.

Southeastern Oklahoma lies in the densely wooded Kiamichi Mountains, a range with plenty of leafy hiding spots for mythical beasts. There are also a lot of fun outdoorsy things for other primates to do.

Attracting tourists, Humphrey told the newspaper, is his main goal with the Sasquatch Quest.

“I hope people get here and ride four-wheelers and do fishing and go to the restaurants and sleep in motels,” he said. “Come to Oklahoma, have an adventure. Enjoy yourself, tell your friends, and come back.”

As for catching Bigfoot, unfortunately we don't have any useful tips to offer. But if we've learned anything from Harry and the Hendersons, it's that the hardest part might be saying goodbye.