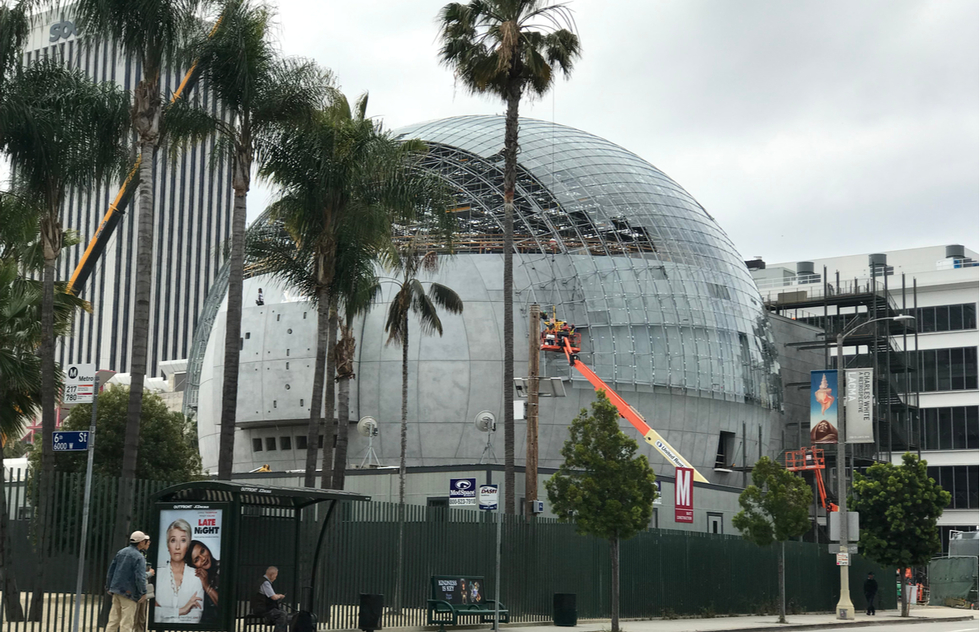 Like some troubled Hollywood epic, the overbudget, much-delayed Academy Museum of Motion Pictures in Los Angeles has had its opening date pushed back again.

Originally slated to begin welcoming visitors in 2017, the movie museum—a project of the Academy of Motion Picture Arts and Sciences, the same organization behind the Academy Awards—first delayed the opening to 2019. That's one reason why Frommer's, eternal optimists that we are, put Hollywood on our annual Best Places to Go list for that year.

But leadership changes and cost overruns (to the tune of about $100 million on top of an already budgeted $388 million, according to the Los Angeles Times) prevented a 2019 debut.

In February of this year, the Academy announced that the museum would finally open—for real this time—in December 2020.

According to a new press release, the "unprecedented and devastating pandemic" has forced museum leadership to postpone the opening yet again—to April 30, 2021.

The next Academy Awards ceremony has also been pushed back to the last week of April. (Although in recent years the Oscars have been held in February, in the 1960s the awards were always handed out in April.) So the Academy will have a lot to celebrate come Taurus season—provided the current plan holds.

The Oscars museum will be housed in a renovated 1939 May Co. department store and outfitted with a new dome-topped theater and observatory (pictured above in May 2019) designed by famed architect Renzo Piano. The complex sits on the northeast corner of Fairfax and Wilshire Boulevard next to the Los Angeles County Museum of Art, which is also currently closed and under construction.

If/when the movie museum does finally begin admitting guests, they'll be able to explore a six-floor space filled with film artifacts (scripts, costumes, props) as well as still and moving images. In addition to exhibition galleries and the 288-seat theater, there will be areas for education and special events as well as a cafe.