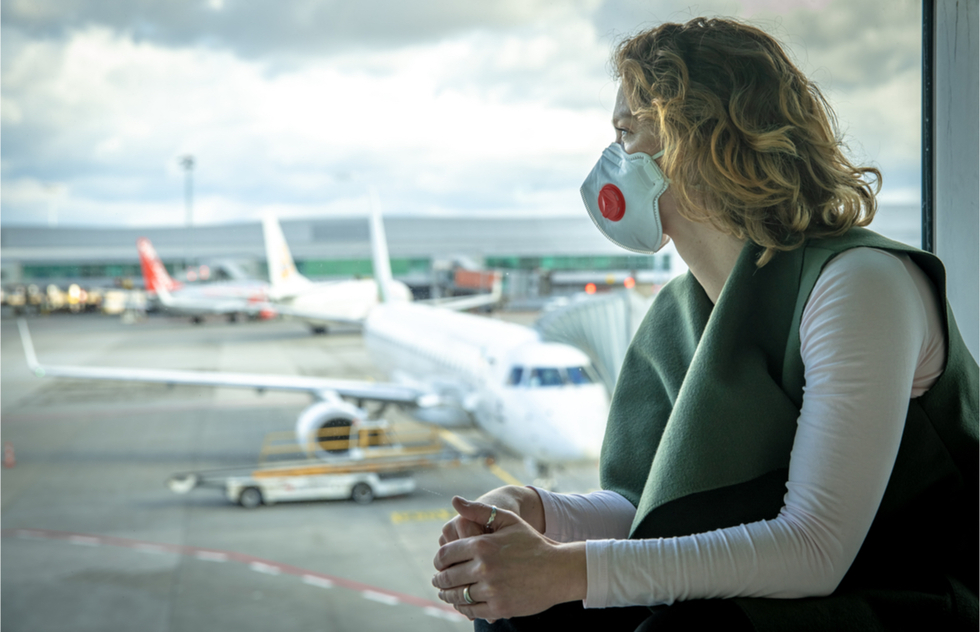 On Monday, JetBlue finally became the first U.S. airline to insist all passengers wear face masks during flights. The new rule takes effect on Monday, May 4.

Canada led the way—Air Canada issued the same decree a week ago.

JetBlue isn't precisely phrasing the change as a mandate, but by leaning on state and local guidelines to give the new rule some muscle, the company is implying that in many cases passengers will be required to comply.

"The CDC is recommending face coverings be worn in public, and we are encouraging our customers to follow these recommendations in our airports and in flight," JetBlue's policy statement reads. "Customers should also be aware that face coverings are now required in some states and cities that JetBlue serves."

JetBlue is now the largest domestic U.S. carrier that will require customers to wear masks, albeit mostly because local authorities do.

Also Monday, both American Airlines and Delta Air Lines announced they would offer masks to passengers, but those larger airlines stopped short of obligating customers to wear them. Delta's statement said it was "strongly encouraging" passengers to put them on. The carrier's flight attendants, however, are required to use face coverings.

Airline labor unions have been pressing employers to be more proactive about protecting the health of those who are working through this pandemic. Flight attendants have gone so far as to write the government to say that leisure travel should be halted, a stance that mirrors a debate going on in society at large about placing personal health above economic concerns.

Sara Nelson, the president of the Association of Flight Attendants-CWA, signed the letter to the secretaries of Transportation and Health and Human Services last week. On Sunday, Nelson tweeted this photograph along with her outrage that the 20 major carriers were not doing enough to protect the 50,000 people she represents.

ENOUGH! This was TODAY on a four hour flight. This is not okay. Masks must be mandated by DOT/HHS in airports and on airplanes. Essential travel only, with proper PPE. #COVID19 #StopTheSpread pic.twitter.com/TzwJyVRBoD

The day after that tweet went viral, three airlines announced a change of course.

Score a point for workers confronting employers and taking charge of their own self-defense.

So here's the situation now: America's three biggest carriers are still not requiring passengers to wear masks, but they will supply them (as well as, in many cases, sanitary wipes) if requested. Employees, however, are required to wear masks.

People who wear masks are less likely to infect others with pathogens they may be carrying.

Will airline passengers take their self-defense into their own hands next—and require masks of their fellow passengers even if the airlines won't insist?

Update: On Tuesday, Lufthansa made face masks compulsory for all passengers, too.