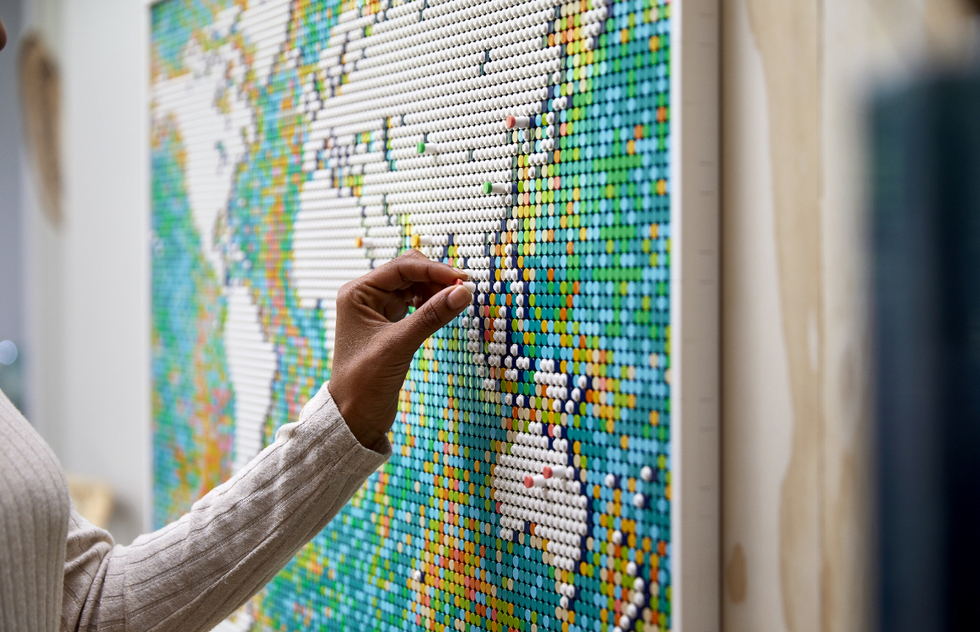 A huge new Lego set pays tribute to globetrotters—though to be honest, completing the assembly would likely confine us to our homes for several months.

Set for release on June 1, the Lego Art World Map contains a total of 11,695 pieces. That's the most ever in a single set, according to the company.

The newest addition to the Lego Art series of ultra-challenging sets intended for grown-ups uses what its designers call "2D Lego tiles" (button-like pieces rather than the familiar bricks) to create a colorful, 25.5-inch high, 40.5-inch wide mosaic map of earth. 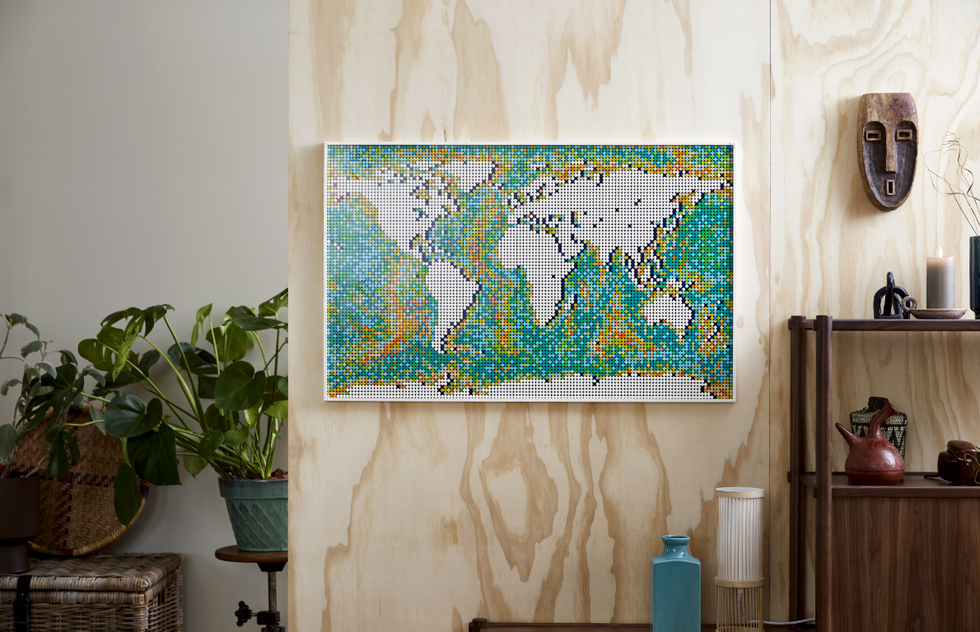 There are several ways to customize the construction. The set's 40 interconnecting base plates are divided into three sections so that you can arrange the finished triptych with your favorite part of the globe in the center.

For the oceans, you can either follow the instruction booklet's plan for representing ocean depth with different colors, or fill the seas with patterns of your own devising.

Of special interest for travelers: The set's Lego-style pushpins let you mark the places where you've been—or where you'd like to go.

There's even a QR code you can scan to download a soundtrack full of travel stories told by bloggers and adventurers to keep you company while you build. 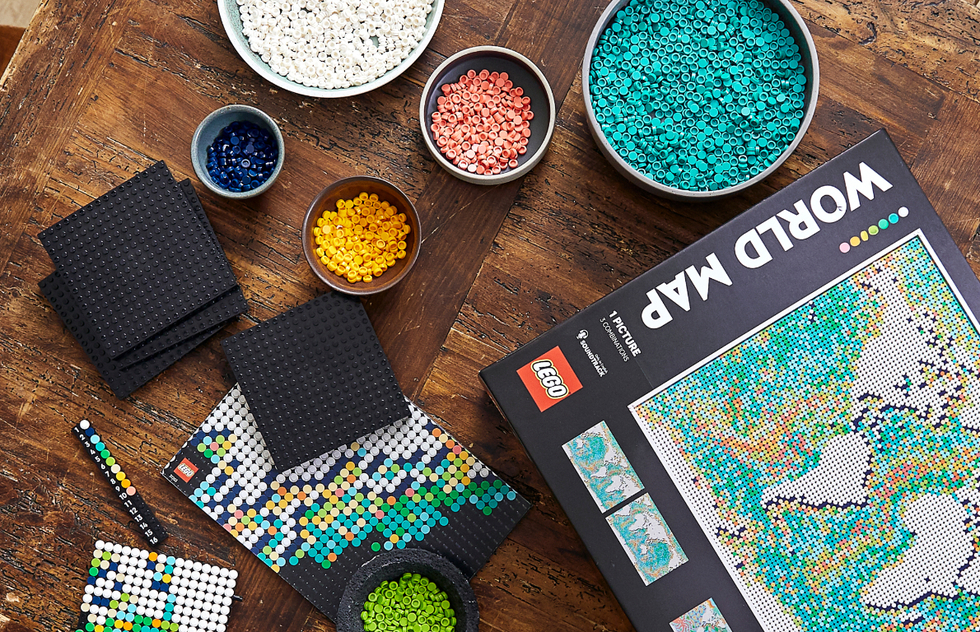 For displaying purposes—because after putting in all the time to assemble this thing, you're definitely not taking it apart—the set comes with a white, brick-like frame and two hooks for wall hanging.

The Lego Art World Map costs $249.99 and will be available starting Tuesday, June 1, at Lego Stores and Lego.com.