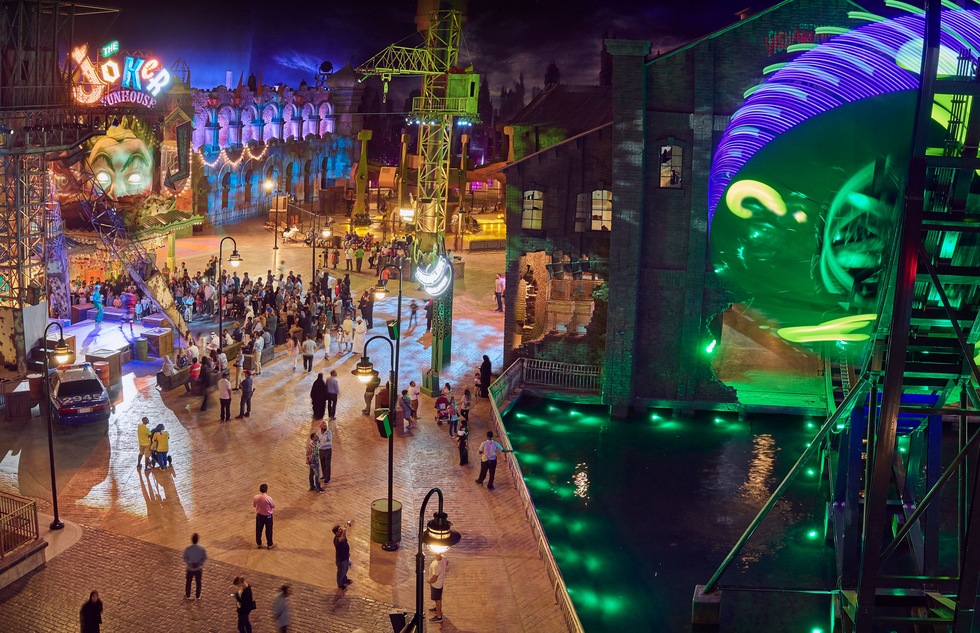 Chill with Superheroes at Air-Conditioned Theme Park in Abu Dhabi

And you thought Orlando was sweltering.

Temperatures in Abu Dhabi regularly top 100 degrees Fahrenheit (37.8 Celsius) during much of the year, making an outdoor theme park in the United Arab Emirates capital a sticky proposition, especially in summer.

But you don't have to worry about succumbing to heat exhaustion at the new Warner Bros. World Abu Dhabi—it's entirely indoors.

The air-conditioned confines enclose six themed lands across 22 acres, or about 960,000 square feet. That's still shy of the 1.5 million square feet covered by the world's biggest indoor theme park, IMG Worlds of Adventure in nearby Dubai.

At Warner Bros. World, the themed lands are divvied up among cartoon characters and DC Comics superheroes.

Gotham City has attractions relating to Batman and his adversaries, while Metropolis is home to Superman, Wonder Woman, and the other muscly do-gooders in the Justice League. Batman gets a high-tech thrill ride incorporating media projections, and the Green Lantern flies an entire theater across the galaxy.

Animated icons including Bugs Bunny, Daffy Duck, Scooby-Doo, and the Flintstones spend their time in Cartoon Junction, Dynamite Gulch, and Bedrock. There are roller coasters simulating high-speed chases involving Tom and Jerry as well as Wile E. Coyote and the Road Runner. Not to spread spoilers, but don't count on the cat or the coyote winning the day.

Get a one-minute tour of the new park through this video posted by Visit Abu Dhabi, the city's official tourism booster.