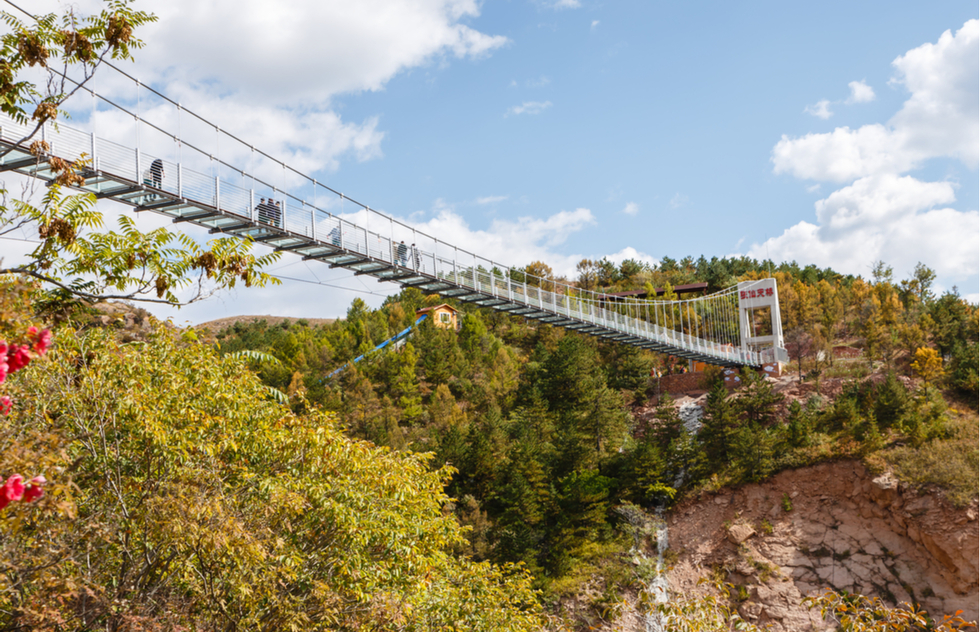 For a few years now, China has seemed determined to install spine-tingling transparent bridges, walkways, and slides at every cliffside, mountain gorge, and canyon in the country.

At last count, China had as many as 2,300 high-altitude, glass-bottom bridges designed to give tourists the frightening sensation of walking on air, à la Wile E. Coyote before gravity gets the better of him.

Subtract 32 of those attractions from the tally. That's how many glass bridges are in the mountainous northern province of Hebei, where officials have decided to close down all such structures due to safety concerns, according to news reports.

The closures affect two of China's most well-known walkable glass attractions: the 1,600-ft. (488m) Hongyagu bridge, which broke the world record for length when it opened at the end of 2017, and the East Taihang Glasswalk, a mountainside pathway with glass panels equipped with a digital effect that makes the panels appear to shatter beneath walkers' feet.

Both of those Hebei structures are now inaccessible and unable to activate your vertigo and/or nightmares.

The region's authorities closed the popular sites in the wake of several recent accidents involving glass bridges throughout China. Earlier this year, a tourist died and six others were injured after falling from a glass slide in Guangxi province, reports the BBC. Elsewhere, there have been instances of cracked panels (real ones), weight strain caused by overcapacity crowds, and other problems.

The Chinese government has called for extensive safety assessments. It has not been announced whether Hebei's glass bridges will reopen once better standards are in place.