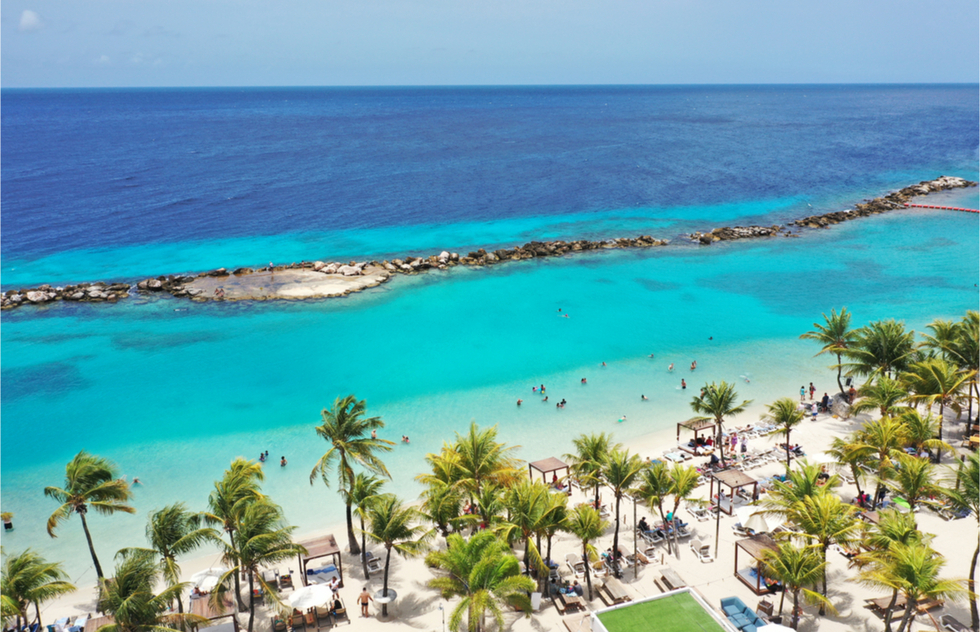 Last week, headlines trumpeted the news that hotels on Curaçao are giving visitors a big incentive to visit: four nights for the price of three.

The deal, the equivalent of 25% off the price of a four-night vacation, has to be booked by June 29 for travel between June 19 and October 30, 2021, and it was announced that the offer would only be available for United States citizens.

At least, that's what the news said.

But we decided not to pass the announcement along yet for a very good reason: Curaçao didn't explain how to book the deal. No clear plan was announced.

Travelers have been burned by phantom publicity stunt offers recently—remember last summer when Cancún and other spots along the Riviera Maya got some free press by promising free car rentals, free hotel nights, and other gimmes? Yeah, that yielded few, if any, discounts in the real world.

To be fair, Curaçao has followed through this week, and there now seems to be a system of sorts for the freebies. The problem is that it's really messy.

Curaçao's tourism industry couldn't seem to agree on an easy plan for redeeming free nights—so travelers will have to chase the discounts in different ways depending on the hotel they choose.

Deal hunting appears to be easiest at the hotels that charge the most. When you go to Curaçao's dedicated deal site and click on the link to the Curaçao Marriott Beach Resort, you're taken directly to the booking page, and a code for the free night is automatically pre-filled in the form. It took me a few attempts with various dates to secure the promotion, but when I tried some dates in August, the discount eventually came up.

I was more excited, though, by the offers of the Curaçao Apartments & Small Hotels Association because I found some fabulous deals there, including a $45 per night guest room at a place called Apartment Blou Blou Curaçao. But to get a reservation, and (hopefully) a free night, the instructions told me to go to the reservation page and fill in a discount code—something I was never given and didn't know. Big fail!

At other hotels, I was directed to email the management—the idea being, I guess, that I would list the dates I wanted, ask for the discount, and cross my fingers and wait for a reply.

The website and organization might improve over time. To try your luck, select a hotel at curacao-deals.com.