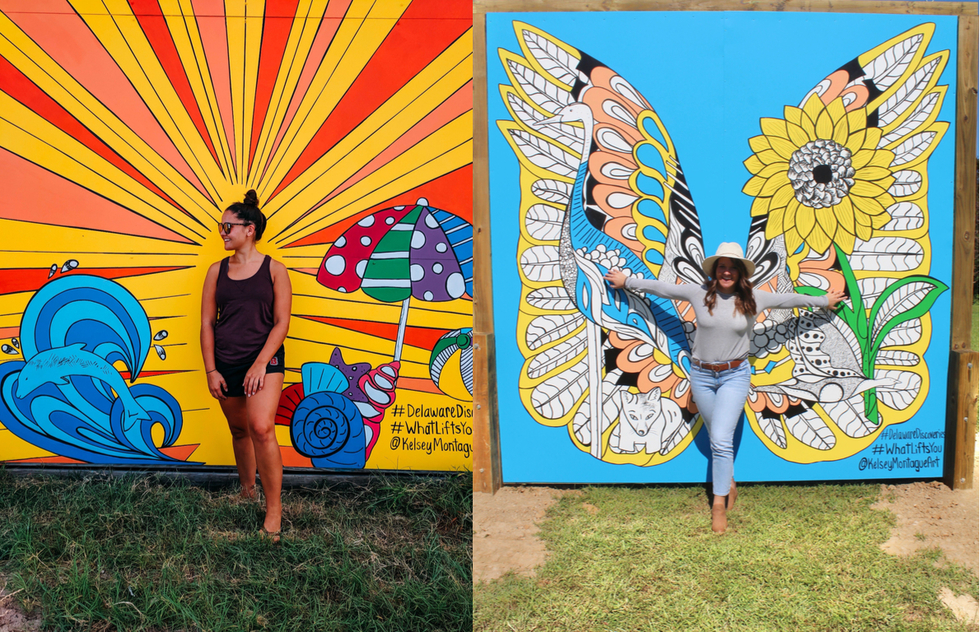 As the home state of Joe Biden, Delaware was talked about more than usual during the 2020 election season. But many of us still don't know much about the second-smallest U.S. state except that the President-elect lives in Wilmington.

Local and national artists were commissioned to create nine eye-catching, Instagram-friendly murals at outdoor spots across the state, encouraging visitors to interact with Delaware sights and activities in a safe, socially distanced way. (Before hitting the road, read Delaware's Covid-19 travel advisory and familiarize yourself with what your state requires upon re-entry.)

Stops along the Delaware Discoveries Trail span the length of the state, from the sands of the Delaware Seashore State Park in the south to, on the northern end, three spots in Wilmington: the hilly, azalea-dotted grounds of the historic Hagley Museum and Library, where the du Pont family got their gunpowder business going in the 19th century; the sculpture garden of the Delaware Art Museum; and the waterside stretch of walking trails and outdoor dining venues known as Riverfront Wilmington.

Other enticing detours along the route include orchards and bakeries in the charming small town of Wyoming and the birding bonanza at Bombay Hook National Wildlife Refuge, an expanse of tidal salt marsh frequented by thousands of migratory waterfowl such as ducks, geese, and herons. 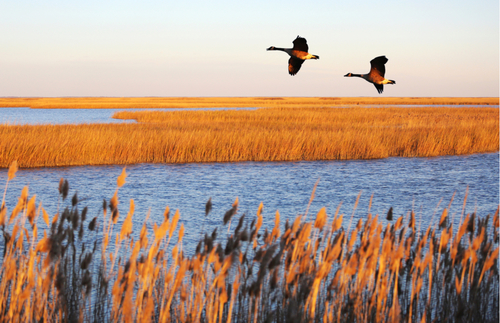 Each Delaware Discoveries mural pays tribute to its designated location—Kelsey Montague's Bombay Hook piece, for instance, depicts a giant pair of wings (pictured at the top of this post, next to Montague's appropriately sunny scene on the Delaware Seashore).

To encourage travelers to visit the murals, the tourism office is offering a prize for a limited time. Upload your photos of at least four of the nine locations at DelawareDiscoveries.com, and you'll receive a free painting kit. The website is also where you'll find a map of the route and details about each location and artist.

Since Delaware is less than 100 miles long, you could visit all nine stops in a single day.