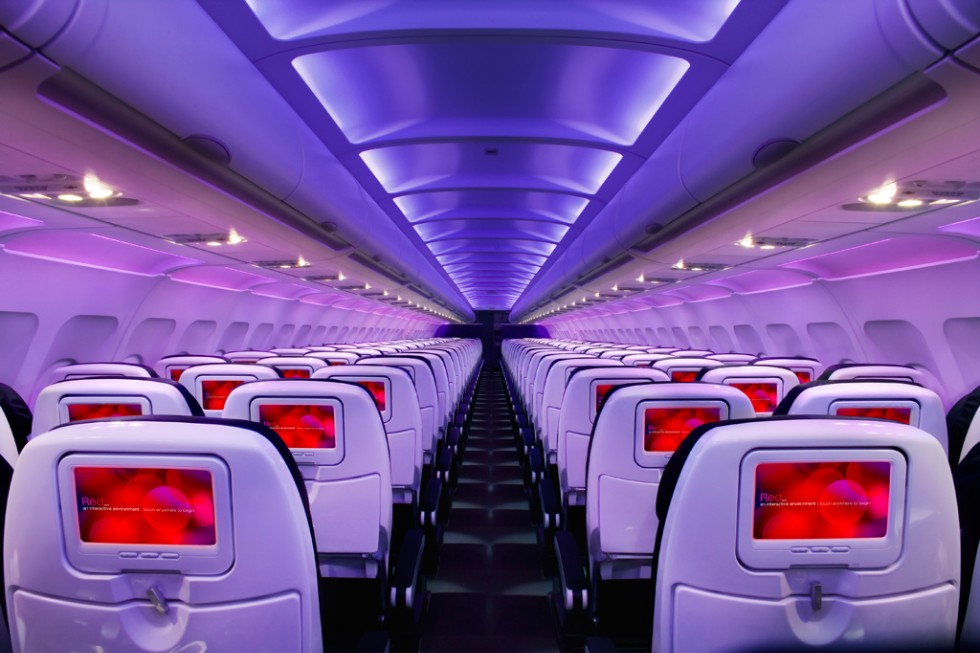 The award-winning and much-loved carrier was acquired by Alaska Airlines for $2.6 billion in late 2016. Alaska later announced that it would axe the Virgin America brand, albeit while adopting many of its most popular features, including distinctive mood lighting (pictured above), above-average meal options, and excellent in-flight entertainment (the latter offered for free). Additionally, Alaska previously promised that points and status accrued in Virgin America's loyalty program will carry over with no loss of miles or any other perk.

Now, an internal Alaska Airlines memo obtained by FlightGlobal and later confirmed by the carrier reveals that "guests who try to book a . . . flight scheduled for after April 24 through Virgin America's website or app will be redirected to AlaskaAir.com."

As of April 25, those flights "will be Alaska flights and will only be available through Alaska channels," according to the memo. Even now, some flights that, when booked, may appear to be operated by Virgin America may in fact be operated by Alaska.

In any case, by late April the company will no longer maintain separate Virgin and Alaska websites, mobile apps, and ticket kiosks.

You have six months to say your goodbyes.