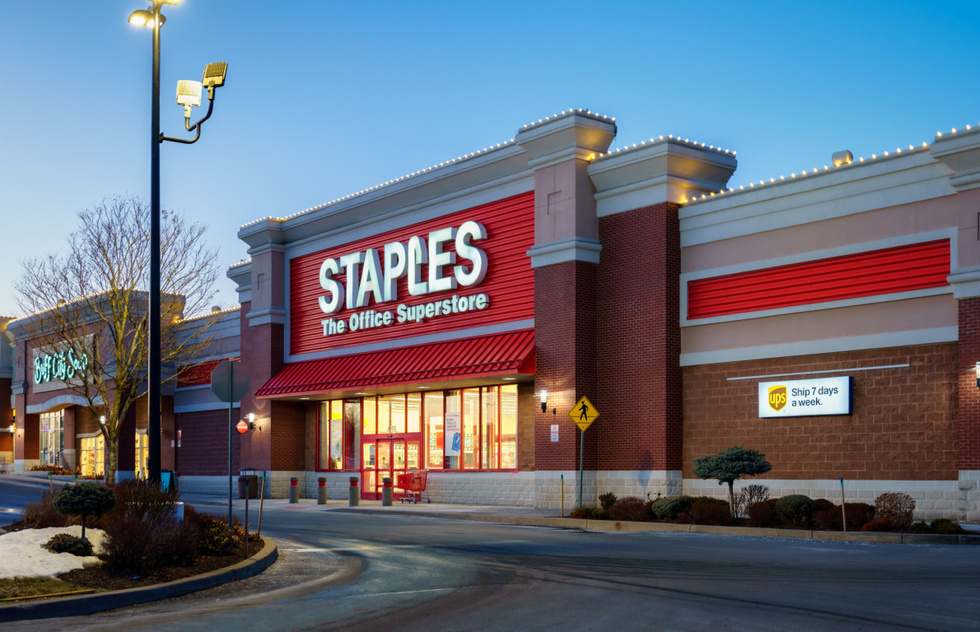 Did You Know You Can Enroll in TSA PreCheck at Staples Stores? Here’s How

Because I'm a frequent traveler, I know I should have enrolled in TSA PreCheck long ago.

But I'm also a writer and therefore a chronic procrastinator. So even though the U.S. Transportation Security Administration's Trusted Traveler Program was introduced way back in 2013, if I were going to catch a flight today I'd need to take my shoes off to get through the airport security line.

Shameful, I know. You should see the list of important TV shows I've put off starting.

My redemption is nigh, however. I live near a Staples store, and the office-supply big-box retailer's onsite TSA PreCheck enrollment centers make finishing an application about as easy as stocking up on binder clips.

You can't dispute the advantages of joining the PreCheck program. Pre-screened, low-risk U.S. flyers enrolled in TSA PreCheck breeze through security via their own separate, expedited lane at more than 200 airports. Those on-top-of-it passengers can keep their shoes, jackets, and belts on, leave laptops in cases, and benefit from security wait times of less than 5 minutes in the vast majority of instances, according to the TSA.

To get started, all you have to do is fill out a brief application online—make sure you're at the website run by the U.S. government and not a fraudulent third-party site trying to scam you—and then complete a 10-minute in-person visit at an enrollment center.

In the early days of the program, most enrollment centers were inconveniently located at airports. But in an effort to get more Americans to join, the TSA and its security-tech partner, Idemia, have opened centers in easier-to-access places including AAA offices, pop-ups at sporting events and festivals, converted RVs, and, yes, in select Staples stores.

To find a participating Staples location near you, simply enter your zip code at the dedicated web page on the Staples site or search by zip code using the TSA's online Enrollment Center Locator (if you go this route, look for results with "inside Staples" next to the address).

You can make an appointment online for the nearest Staples store's onsite enrollment center, or even just walk in during operating hours (though you might have to wait a bit if you don't have a scheduled appointment).

I made my reservation the night before I went in. Once at the store, I was taken to an office where I confirmed info such as my address and date of birth, presented my passport for digital scanning (you can also bring a valid state-issued photo ID or these other approved documents), got fingerprinted, submitted to an unflattering photo, and paid $78.

The whole thing was over in minutes.

After an application is submitted, the government reviews the pertinent materials and, if approved, the enrollee receives a "Known Traveler Number" to be used when making flight reservations with one of the 85 domestic and international airlines that participate in TSA PreCheck.

According to the TSA's PreCheck FAQ, "Most applicants receive approval notification in 3-5 days, though some applications can take up to 60 days."

Membership remains valid for 5 years, after which it can be renewed online for $70 (or $78 in person).

Applying for TSA PreCheck via Staples was so simple it's enough to inspire me to take long-delayed action in other areas. Maybe I'll finally start Mad Men.