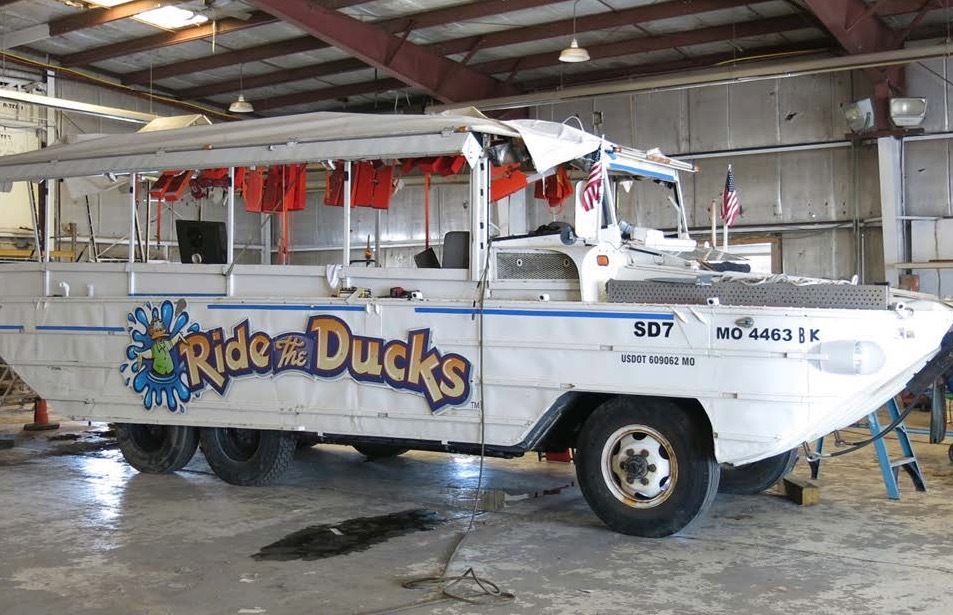 The deadly sinking of a duck boat on Table Rock Lake near Branson, Missouri, could have been avoided, the National Transportation Safety Board (NTSB) has concluded.

The accident occurred in July 2018 when an amphibious sightseeing vehicle operated by Ride the Ducks (part of Ripley Entertainment Inc.) went down during a severe storm. Seventeen people died, including nine members of the same family.

At a news conference on Tuesday, NTSB officials announced the findings of their investigation into the accident.

According to those investigators, the Missouri duck boat would probably not have sunk if the U.S. Coast Guard had enforced the recommendations made following a similar duck boat tragedy that killed 13 people in Arkansas in 1999.

Of particular significance to the 2018 accident: the Coast Guard's failure to require sufficient "reserve buoyancy," which helps a vessel stay afloat after taking on water, as well as the Coast Guard's inaction with regard to addressing the problem of duck boats with canopies and side curtains that impede passengers from escaping during emergencies.

The NTSB's report—an abstract of which has been released to the public—also points blame at Ride the Ducks staff members for not making use of available weather information about an approaching storm on the day of the accident. The NTSB notes that the National Weather Service had issued a severe thunderstorm watch for the area several hours before.

Ride the Ducks has since gone out of business, and Ripley Entertainment has settled 31 lawsuits filed by survivors and victims' relatives, reports the Associated Press.

But what about duck boat tours elsewhere? As of last year, more than a dozen were reportedly still in operation across the United States.

According to NPR, the NTSB's chairman, Robert Sumwalt, says that all of those duck boats should be taken out of the water until the agency's safety recommendations are implemented.

The Coast Guard has already committed to getting rid of canopies and side curtains on the vessels.