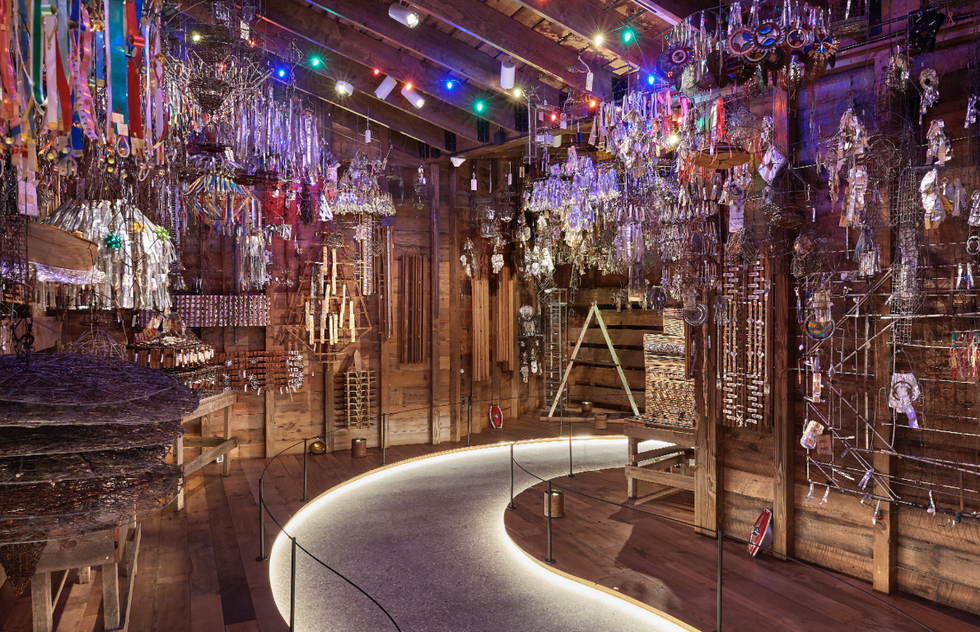 Enter Dozens of Wild, Immersive Artworks at a New Museum North of Milwaukee

A new museum in Sheboygan, Wisconsin, is the world's first institution of its kind dedicated entirely to displaying and caring for "art environments."

Curators at the soon-to-open Art Preserve of the John Michael Kohler Arts Center use the term "art environment" to describe the sort of unusual, multifaceted installations created by often self-taught artists whose works take over whole rooms in their homes or large stretches of their backyards.

These one-of-a-kind visions frequently consist of "thousands of objects, monumental structures, architectural components, landscaped elements, or ephemeral materials," according to a news release. 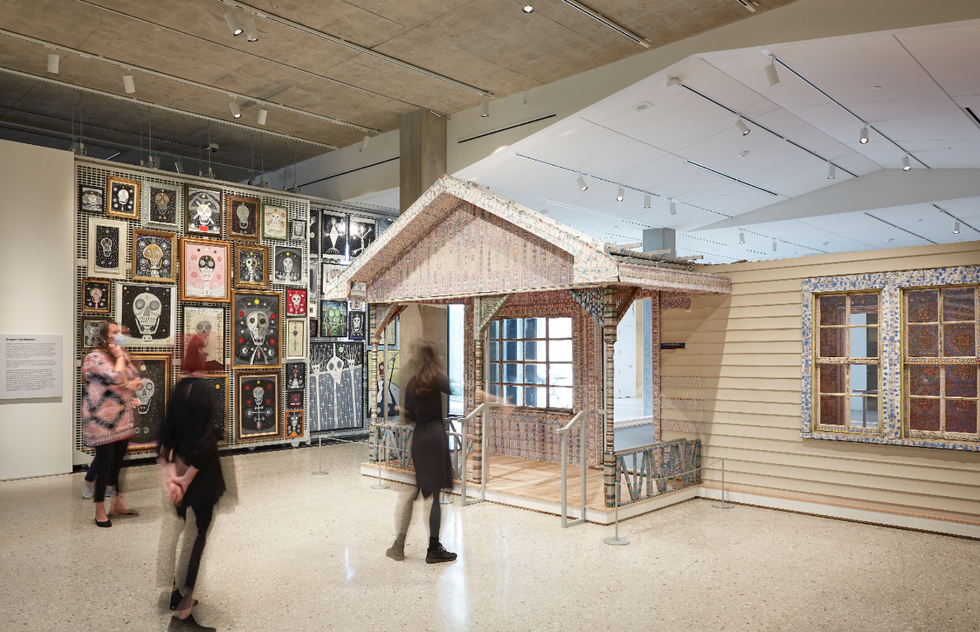 (The "Beautiful Holy Jewel Home" by Loy Bowlin is flanked by an installation of paintings by Gregory Van Maanen at the Art Preserve. Photo: Rich Maciejewski, courtesy of John Michael Kohler Arts Center)

About three dozen makers are represented at the 56,000-square-foot, three-level facility, which is set to open to the public on Saturday, June 26.

Hailing from Wisconsin, Mississippi, India, and beyond, notable works include "The Healing Machine" by Emery Blagdon, a rural Nebraska man who, starting in the 1950s, filled a shed with glittering foil, lights, and other mechanical odds and ends in an effort to harness what he believed were the curative powers of electricity. The Art Preserve keeps the results (pictured at the top of this post) intact and on display.

Elsewhere, a collection of embellished concrete sculptures, also fashioned mostly in the '50s, came from the mind and hands of Fred Smith, a retired Wisconsin lumberjack. As with several works at the museum, Smith's creations don't derive from an art school education, but that doesn't prevent them from sparking wonder. 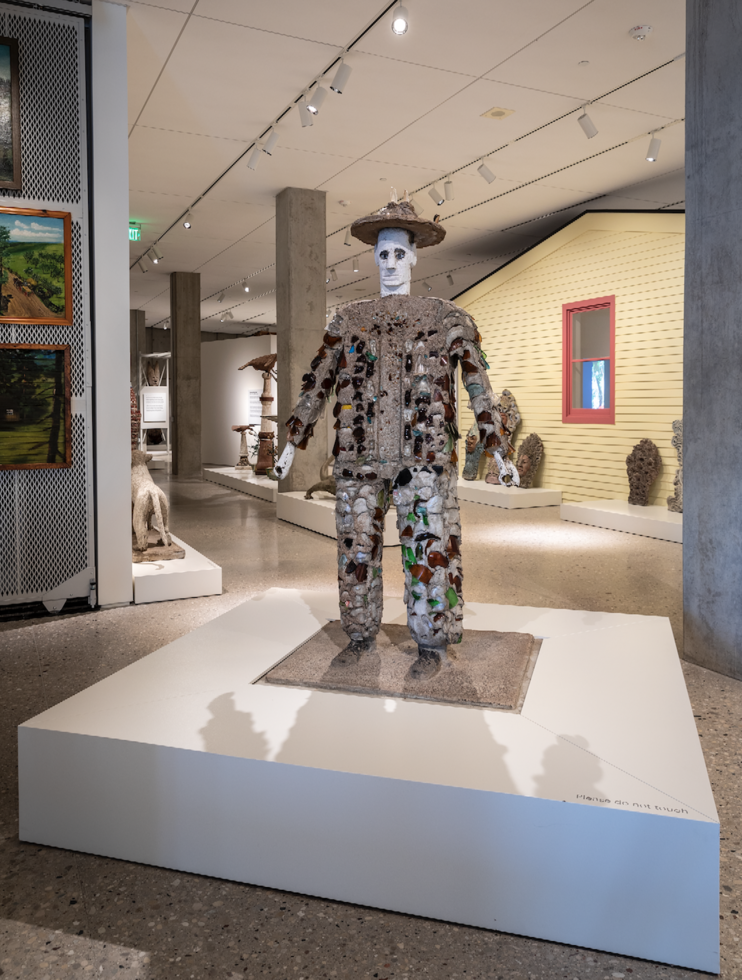 The same goes for the intriguing art of Eugene Von Bruenchenhein, described by the Chicago Tribune as an impoverished man who lived in obscurity until his death in 1983, when his Milwaukee home was found to be hiding a trove of elaborate towers and crowns all made out of hundreds of chicken bones.

Artist-built environments have long been an interest of the Art Preserve's parent organization, the John Michael Kohler Arts Center, located about 3 miles away in downtown Sheboygan.

The guiding force behind the $40 million Art Preserve project was the arts center's longtime director, Ruth DeYoung Kohler II, who belonged to the Kohler family of bathroom fixture fame. Known as a champion of self-taught and folk artists, she died in November 2020. 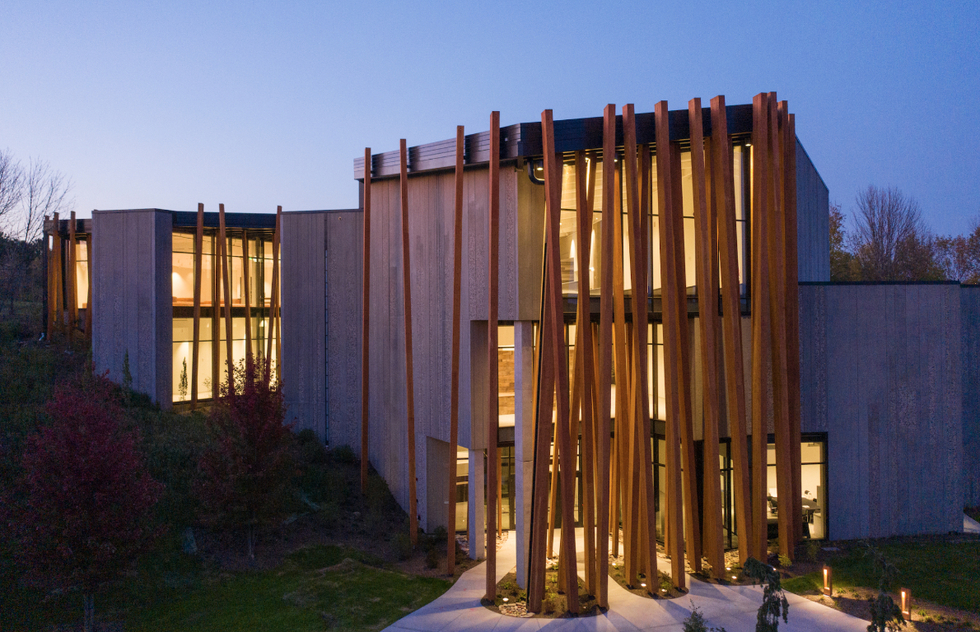 The Art Preserve sits amid 38 parklike acres on the western end of Sheboygan, a city along Lake Michigan about an hour's drive north of Milwaukee. Designed by the Denver-based firm Tres Birds, the museum's concrete structure features a facade of soaring timbers that supplies a dramatic entrance as well as shade for the art inside.

Admission to the Art Preserve (and to the John Michael Kohler Arts Center) is free. You can reserve a time slot for your visit in advance online.

While you're in the area, follow the flow of traffic eastward to the village of Kohler, a place flush with plumbing-financed attractions such as the Kohler Design Center and Kohler Waters Spa.