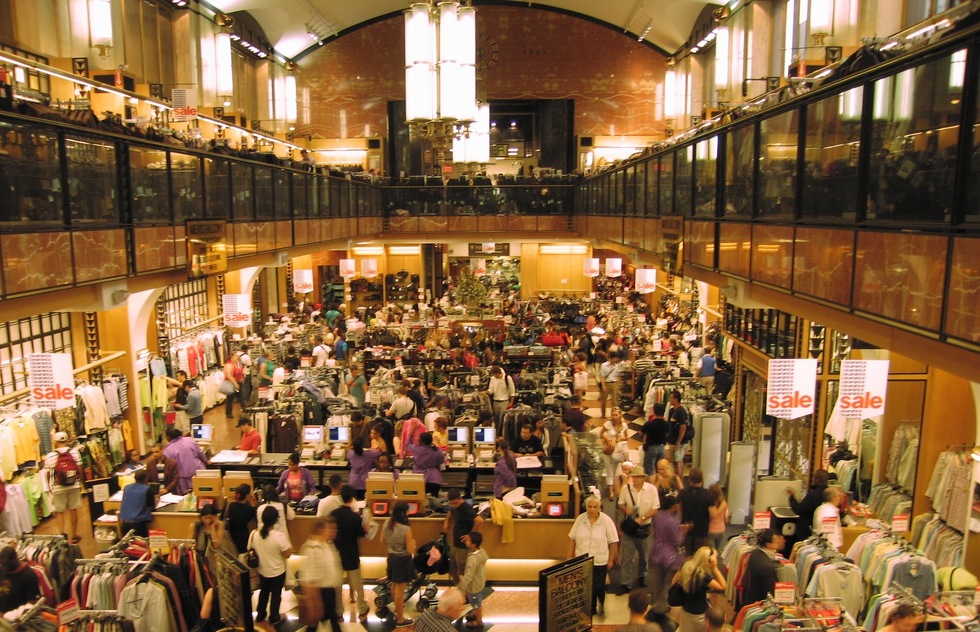 According to a study by the U.S. Travel Association, shopping was a top reason why people took 1.9 billion trips in the United States in 2019—second only to visiting relatives.

As the author of Frommer’s EasyGuide to New York City, I'd say that more people come to New York to shop than to visit Dad or Aunt Sue. And a lot of folks come just to make a pilgrimage to Century 21.

Now the department store is closing down for good.

The store (pictured above in 2007) is blaming its insurers for the closure, saying it's owed $175 million, according to the New York Times. A final closing date has not been announced, but the company filed for Chapter 11 bankruptcy and announced its intention to "wind down" operations. It will conduct clearance sales at brick-and-mortar locations and online at C21stores.com.

It seems apropos that the news of the closure came the day before 9/11. Century 21's flagship store, located just across the street from the World Trade Center, became a symbol of New York’s resilience when the store reopened in a still-devastated neighborhood on March 1, 2002, just five months after the attacks.

A shopper on that day, Alice La Brie, told the Times, ''I really don't need a thing, but I'm coming to show support and appreciation for the courage of both the business owners and the personnel to come back to work here.''

Founded in 1961, Century 21 (which is not related to the real estate brokerage of the same name) pioneered the selling of discounted designer fashion. If you wanted a real DKNY blouse, a pair of Christian Louboutin pumps, or a gown by Versace, you could buy them all at Century 21 for a price that wouldn’t destabilize your marriage.

Sometimes the pieces were overstocked inventory or samples from runway shows. In recent years, the goods were often created by designers specifically for the discount market, and so they were of lesser quality than the usual goods (see my mixed review of the store here). But Century 21, which eventually became a mini chain of 13 stores in the Northeast, was always prime hunting grounds for clothing deals.

So this is a thank-you from this New Yorker. Thank you for showing genuine loyalty and chutzpah back then, when you led the way by reopening in a place that many thought could never recover.

It’s genuinely heartbreaking that this time, Century 21 won’t be there to foster and celebrate the Big Apple’s return to tourism and business as usual.

I think that will happen in the near future, but New York City will be a sadder place without Century 21—and a less chic place, too.