"Field of Dreams" House to Open for Tours 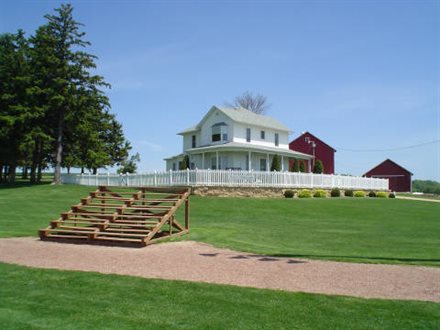 For the first time ever, the Iowa farmhouse that appeared in Field of Dreams will soon be open to the public for tours.

Located near the town of Dyersville, the house overlooks the baseball diamond and cornfield that are also featured prominently in the 1989 Kevin Costner film.

But while the site's owners—a group called Go the Distance Baseball—have for some time now welcomed guests (about 100,000 of them annually) to stroll the grounds at no charge, they've barred access to the house until now.

That part won't be free, however. To see the lower level of the house, adults will be charged $20, while anybody under 18 can tour it for $12. Walking around outside still won't cost a thing.