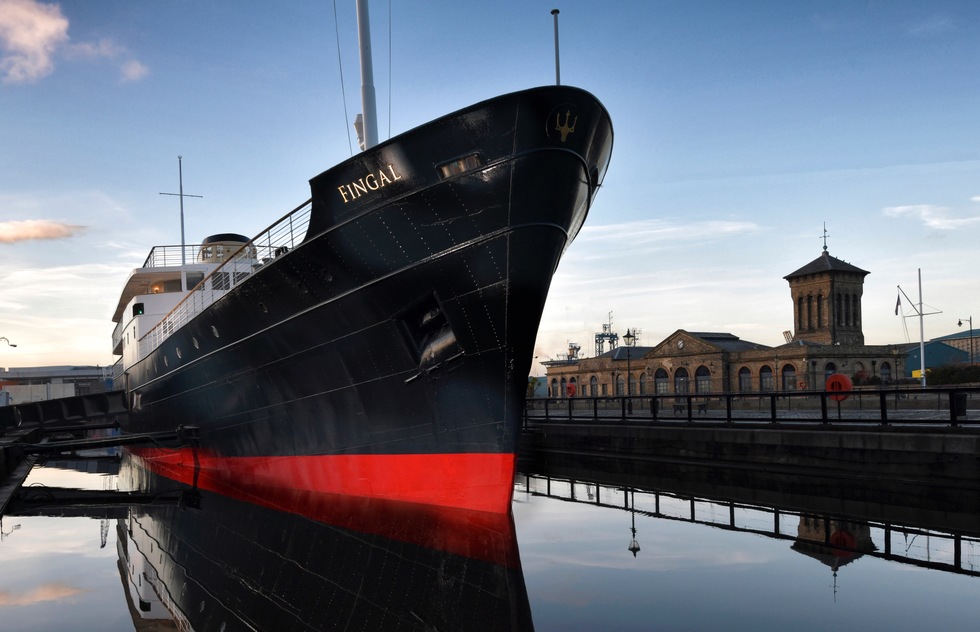 Floating Hotel Debuts in Edinburgh, Near the Queen's Old Yacht

Britain's Queen Elizabeth II has been a yachtless monarch since the 1997 decommissioning of Her Majesty's Yacht Britannia, which was eventually sent to the Port of Leith in Edinburgh to serve as a tourist attraction.

Today, visitors to that Scottish city with the frequently mispronounced name can see the decks, surprisingly modest bedrooms, galley, and state dining room of a ship used by the royal family for more than 40 years. Prince Charles and Diana spent part of their honeymoon aboard. One of the Queen's old Rolls Royces sailed with her and it remains stashed in the onboard garage.

You can't stay overnight on the docked vessel, but the company that operates the Britannia attraction has just opened the next best thing: a luxury floating hotel at the same waterfront.

The hotel, Fingal, features 23 guest cabins and suites aboard a fully renovated 1963 ship formerly used to service lighthouses along Scotland's coast. For that reason, each cabin is named after a Scottish lighthouse. 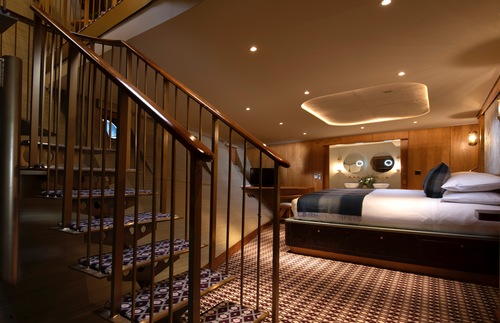 Fingal's food and drink venues include an outdoor deck space, a ballroom under an enormous skylight, and the Lighthouse Bar, where champagne and cocktails are served. 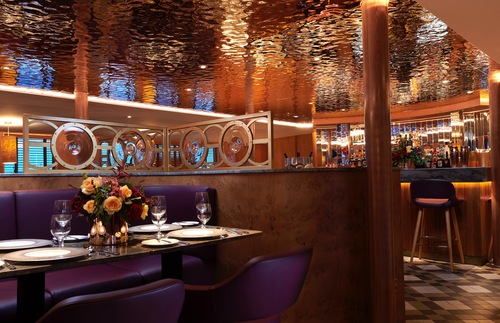 (The Lighthouse Bar, courtesy of Fingal)

To be honest, the interior of the new floating hotel is actually swankier than the Britannia's, owing to the Queen's conservative tastes.

The hotel's location is about 3 miles north of the heart of Edinburgh, so you won't be able to walk to the city's famous castle. But portside Leith, which is getting better all the time, has charms of its own, such as seafood restaurants and pubs frequented by young creative types.

Nightly rates at Fingal start at £300 (US$382). A full Scottish breakfast is included. Visit the hotel's website for more information.