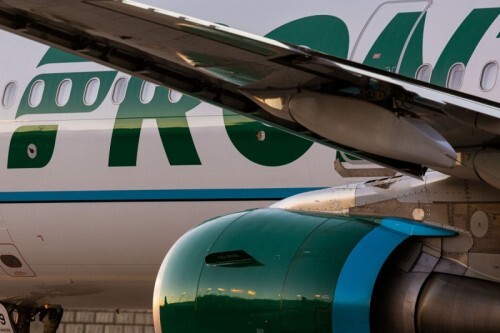 Frontier Airlines Hangs Up on Customer Service by Phone

Frontier Airlines, the carrier so cheap it won't even allow most passengers to recline seats without fees, has found a new way to cut costs and further contribute to the indignity of flying.

Did Frontier lose your baggage during a stopover? Do you have questions about seating your family together? Is the website not working for you?

Too bad! Last week, Frontier disconnected its customer service phone line. No matter what disaster befalls your travel plans, Frontier doesn't want to hear from you unless it's via a computer or a smartphone (but not by voice).

"Customers can visit our website and interact initially with a chatbot which provides answers to common questions," the airline's spokespeople said through a statement. "If live agent support is needed, we have live chat available 24 hours a day / 7 days a week. Customers may also chat with us via common social media channels and WhatsApp."

If you think it would be easy to track down a refund from Frontier without a phone line, think again. The airline is already in the doghouse for allegedly failing to give customers their money back when things go wrong.

Last month, the U.S. Department of Transportation fined six airlines millions of dollars for failing to issue passengers their rightful refunds. Frontier was the only domestic American carrier that was singled out for public shaming, reportedly having to pay $1 million to the government in fines. And that was when Frontier still had a phone line customers could call.

Some airline bloggers are already chronicling misbegotten attempts to use Frontier's inadequate chatbots and access understaffed "live" chat agents to obtain a modicum of customer service.

In response, Frontier's spokespeople have implied that slashing expenses is what enables the airline to provide service.

But Frontier has been slashing that, too. Also last month, Frontier axed 43 routes from its winter schedule.

Federal fines for keeping customers' money? No more phone line if things go wrong during a trip? Signs that a business is contracting?

Low-cost carriers that erect barriers between customers and assistance might not be too problematic when the air travel industry is healthy, but in our new era of disruptions and abrupt cancellations, it won't be worth the risk for many passengers.