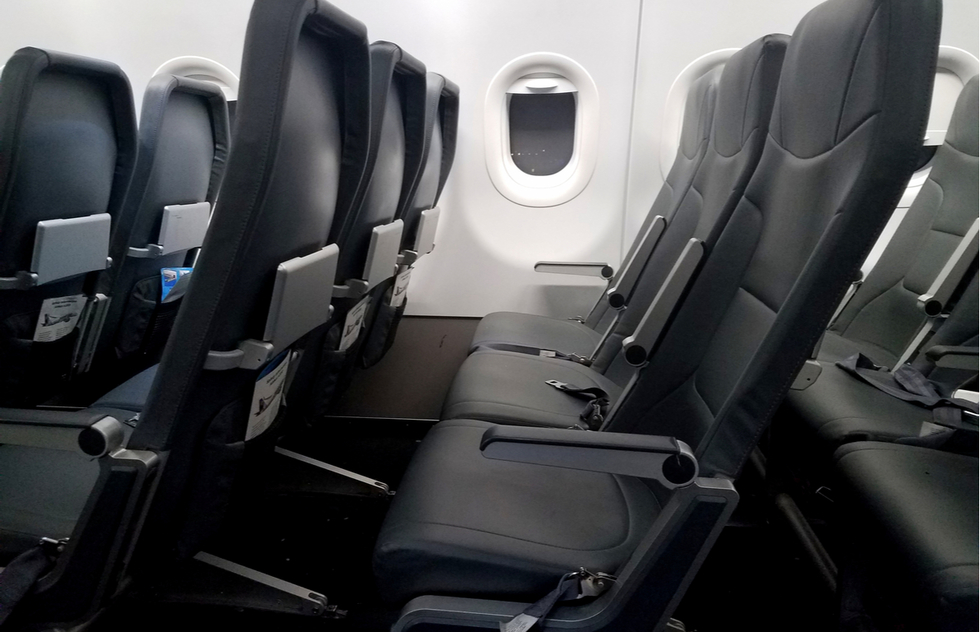 Frontier Airlines Will Let You Socially Distance—for a Price

One thing you can always count on from the airlines: They will never run out of excuses to charge extra fees.

Now an airline is charging passengers more if they want to observe CDC recommendations.

This latest example of nickel-and-diming ingenuity in air travel comes from Frontier Airlines.

For flights departing from May 8 through August 31, Frontier customers can now pay $39 to guarantee that the middle seat next to them will remain empty during flights.

The same day that offer goes into effect (May 8) marks the start of the company's requirement that all passengers must wear face coverings at Frontier ticket counters, in gate areas, and on aircraft. Masks have been mandated for Frontier flight attendants since April 13.

Frontier was one of the first U.S. carriers to adopt that policy. Now the airline is leading the way in charging passengers to keep middle seats empty.

The CDC recommends keeping 6 feet between you and others, so several other U.S. airlines have introduced their own plans to limit cabin capacity in order to support social distancing. Last month, Delta Air Lines began blocking middle seats and American Airlines cut the number of available middle seats in half.

But neither of those carriers charges passengers extra to help protect their health. (It should be noted that maintaining the recommended distance in an airplane cabin is pretty difficult to begin with.)

In Frontier's announcement of the new $39 spacing fee, CEO Barry Biffle says, "While we believe the best measure to keep everyone healthy is to require face coverings, for those who want an empty seat next to them for extra peace of mind or simply additional comfort, we are now offering ‘More Room.'"

On Frontier, better health practices evidently have a price tag.

The airline says that it will "announce at a later date" whether the More Room program will be extended beyond the current end date of August 31.