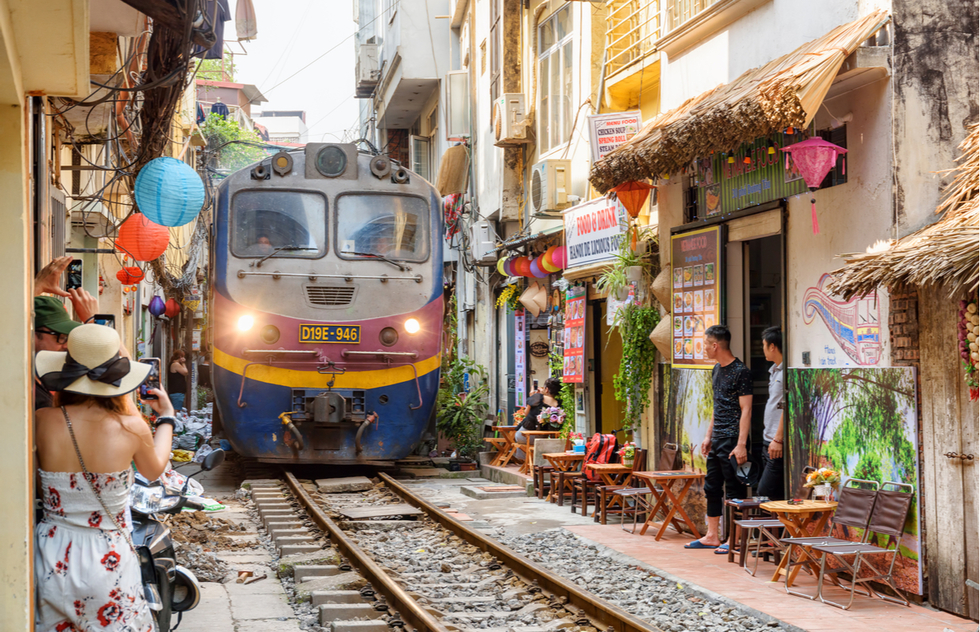 What magical tourist attraction is Instagram ruining this week?

The photogenic "train street" in Hanoi, where a single-track railway squeezes between makeshift cafes and other buildings in the Old Quarter of the Vietnamese capital.

Local authorities have ordered those cafes lining the tracks to close by Saturday, according to VnExpress, following a close call last weekend.

The train's operator had to make an emergency stop after a woman who was standing near the rail and taking pictures ignored repeated blasts from the train's horn. The driver says he missed hitting her by just 3m (10 ft.).

This is the third time in recent months that the train has had to make emergency stops due to photo-snapping tourists.

The street vendors and coffee shops that accommodate those visitors are in violation of the city's safety regulations to begin with, but officials have allowed the businesses to operate anyway.

That all ends by this Saturday. The train will still trundle through the Old Quarter as it has done since it was installed during Vietnam's French colonial period. But you won't be able to watch from a cafe seat close to the tracks.

That's probably for the best. Like many visually surprising spots around the world, this one—located at the intersection of Dien Bien Phu and Phung Hung streets—has grown unmanageable due to its Instagram popularity. The Telegraph found more than 26,000 images tagged with #trainstreet on the photo-sharing app. That's up from 7,000 as recently as last November.