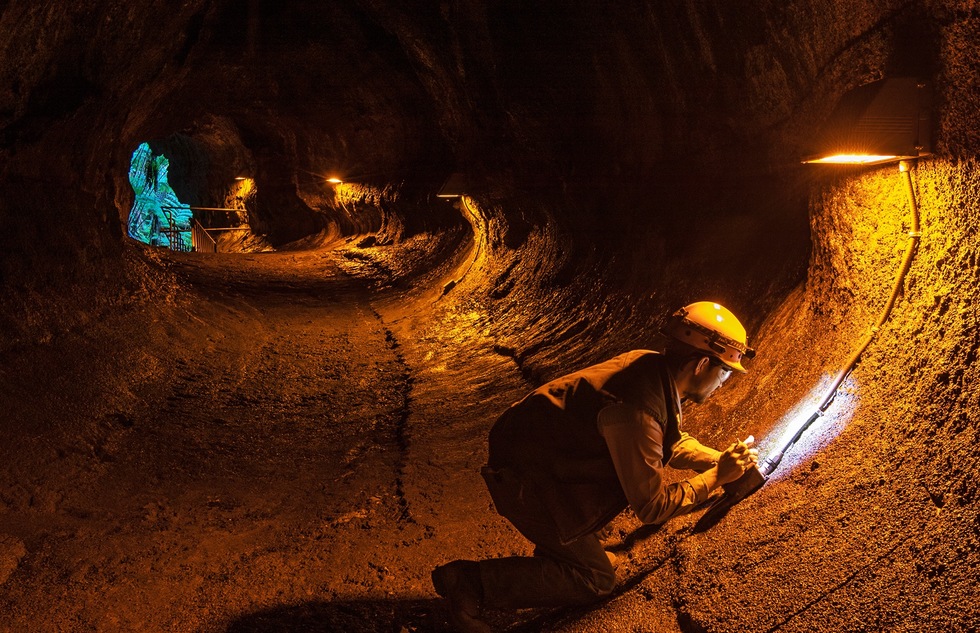 After nearly two years, one of the most popular attractions at Hawaii Volcanoes National Park on the Big Island has reopened to the public.

Nahuku-Thurston Lava Tube, a walk-through cave that was created by molten rock, had been closed since May 2018, when the entire park was shut down following an earthquake and destructive volcanic eruptions.

Sections of the park began reopening in September of that year, but the lava tube remained closed because, according to the National Park Service, "during the eruption, several large rocks were dislodged from the . . . ceiling, and new cracks appeared."

Now that repairs have addressed those concerns, the cave is once again accessible to visitors 24 hours a day—though the lights will be on from 8am to 8pm only. Those who take the half-mile hike along the fern-lined access trail and through the tube at hours outside of the illuminated time should be sure to bring flashlights and extra batteries.

Parking at the trailhead is "very limited," the national park's website warns. For alternate parking about a half-mile away, go to the Kilauea Iki Overlook.

The recovery page on the park's website keeps tabs on which areas have reopened and which remain closed.

Even with the indefinite closure of onsite attractions such as the Jaggar Museum, Frommer's recommended Hawaii Volcanoes National Park in our roundup of the Best Places to Go in 2020 for the chance to see the newly altered landscape up close.