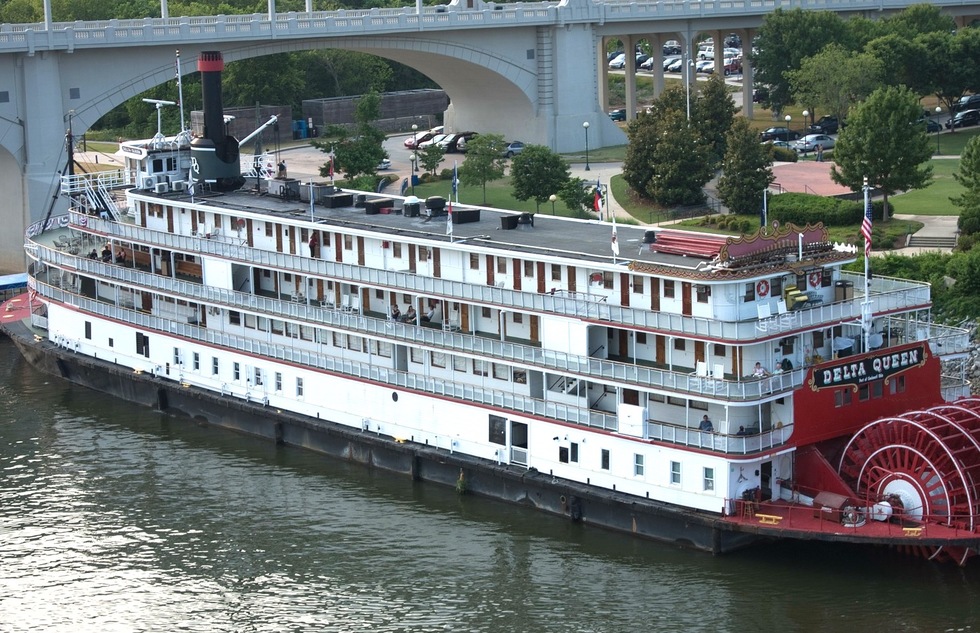 The Delta Queen riverboat will once again cruise American waterways.

A floating National Historic Landmark, the 1920s-era vessel has been docked in Chattanooga, Tennessee, since 2008 due to a law banning overnight cruises on wooden ships.

But a bipartisan measure exempting the Delta Queen from that prohibition was approved by Congress, clearing the way for multiday excursions aboard the historic steamboat to resume.

There are safety provisions in the exemption. According to the Associated Press, modifications will need to be made to the wooden elements, including cabins and public areas—though not to the hull, which is steel.

Before it was taken out of service, the Delta Queen had a long run on the Mississippi River and its tributaries, beginning in 1927. Three U.S. presidents—Herbert Hoover, Harry Truman, and Jimmy Carter—have taken voyages on the vessel. During World War II, it was requisitioned by the Navy, painted gunmetal gray, and sent to San Francisco Bay to transport wounded sailors from battleships to hospitals.

Among the musical odes to the Delta Queen: recordings by Ronnie Milsap, Charlie Waller & the Country Gentlemen, and others.


After arriving in Chattanooga, the riverboat became a floating hotel, but that venture closed to guests in 2014.

Having secured the governmental go-ahead, the Delta Queen Steamboat Company, based near St. Louis, plans to operate 3- to 10-night voyages along the Mississippi, Ohio, Tennessee, Cumberland, Kanawha, and Arkansas Rivers, with stops in more than 80 ports, including Pittsburgh, New Orleans, Minneapolis, and Louisville.

The Delta Queen is currently undergoing renovations in Louisiana, with an expected relaunch in 2020. You can sign up to be notified when reservations are open by visiting the Delta Queen Steamboat Company website.
Cruise
Cruises
News