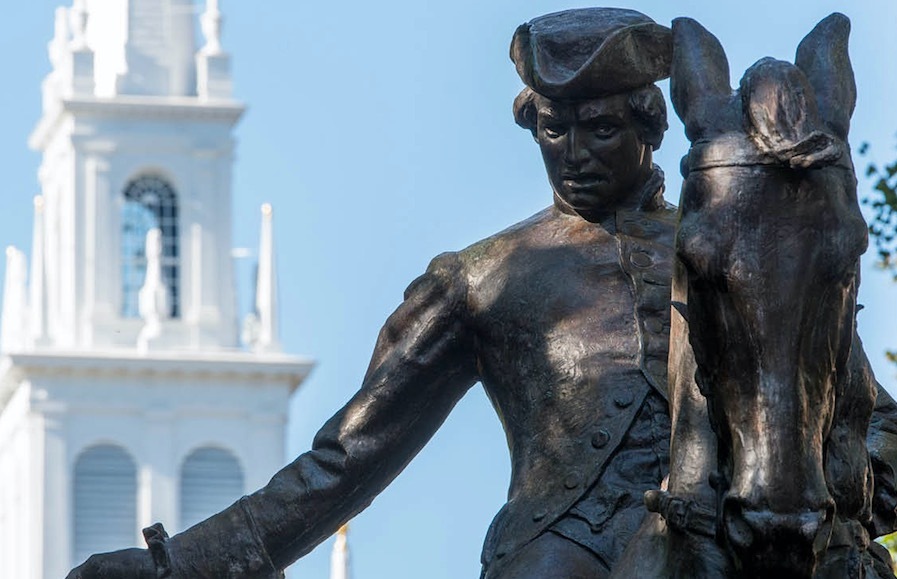 Each year on the third Monday of April, Massachusetts commemorates the start of the American Revolutionary War with Patriots' Day.

The statewide celebration includes a parade in Boston as well as reenactments of Paul Revere's Midnight Ride (his Boston statue is pictured above) and the battles in Lexington and Concord that kicked off the war with the British in 1775. The holiday culminates in the running of the Boston Marathon.

This year, however, the whole world is on lockdown and those public events have all been canceled or, in the case of the marathon, postponed (it's currently scheduled for September 14).

Fortunately, several of the state's cultural and historical institutions have made it possible to mark Patriots' Day on your own with a number of free online events on Monday and the weekend before.

The Lexington Historical Society has uploaded video tours of colonial homes and past battle reenactments on the organization's website, where you can also find links to scheduled real-time events such as Q&As with historians. In Concord, Minute Man National Historical Park will be hosting "Ask a Ranger" sessions via Facebook Live.

In Boston, meanwhile, the Freedom Trail, which strings together 16 historically significant sites, has temporarily made its official audio guide free to download. You can learn all about the city's past without your legs getting tired.

One of the stops along the trail, the Paul Revere House, is releasing a new podcast dedicated to answering all your burning Revere-related queries.

And starting on Saturday evening, the Old North Church—another Freedom Trail icon and site of the "one if by land, two if by sea" lantern signal devised for Revere's horseback ride—will be livestreaming its illuminated steeple on Instagram and YouTube. It's a salute to the patriots of the 1770s as well as the heroes fighting the current pandemic.

With all that content to watch and listen to, you can stage a whole different kind of Boston marathon.