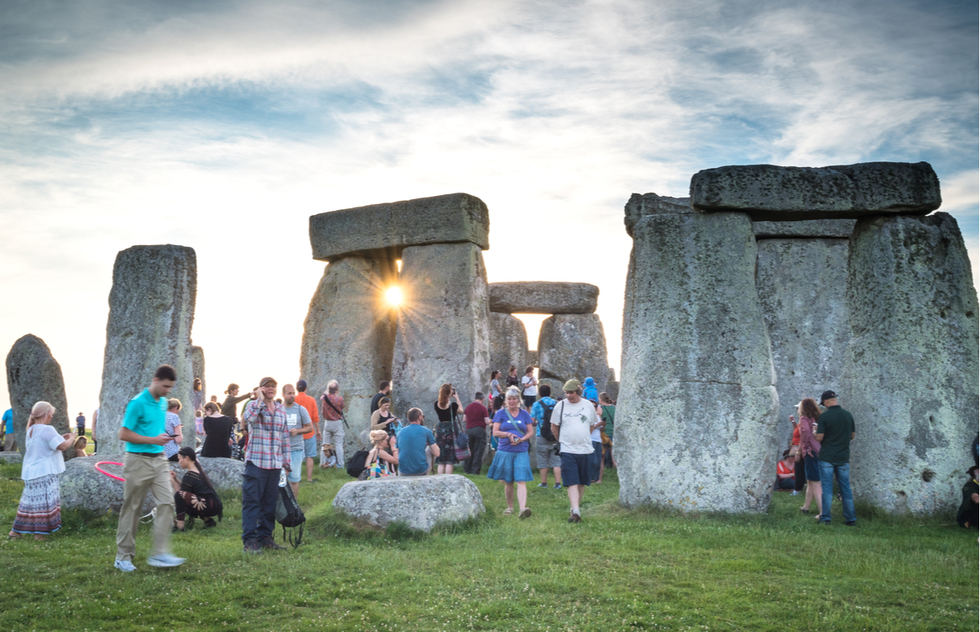 How to Watch the Summer Solstice at Stonehenge for Free Online

The annual summer solstice gathering at Stonehenge has been canceled this year due to the pandemic—but don't worry: There's a virtual workaround.

The longest day of the year is usually one of the rare occasions when English Heritage, which manages the site, allows visitors to get up close to the mysterious circle of enormous standing stones near Salisbury in Wiltshire, England. (The rest of the time, a barrier keeps you about 50 feet back.)

In a typical year, thousands of visitors gather at the prehistoric monument on or around June 21 for pagan rituals and a spectacular dawn, when, as the BBC put it in 2018, "the sun rises behind the Heel Stone, the ancient entrance to the stone circle, and sunlight is channelled into the centre of the monument." (The 2017 celebration is pictured above.)

Though the exact purpose of Stonehenge, which dates back to 2500 BC, remains a mystery, archaeologists think that people have been tracing and celebrating the movements of the sun at this spot for ages.

Not in 2020, though—at least not in person. Closed to the public since mid-March, Stonehenge isn't scheduled to reopen until July 4, about two weeks after this year's summer solstice.

But all is not lost, sun seekers: English Heritage is livestreaming the sunrise for free on its social media channels.

Go to the agency's Facebook or Twitter page at 4:52am BST (British Summer Time) on Sunday, June 21—with the time difference, that's 11:52pm on Saturday, June 20, in New York City (or 10:52pm in Chicago, 8:52pm in Los Angeles, and so on)—to herald the start of summer with a spectacle that's been marveled at for centuries.