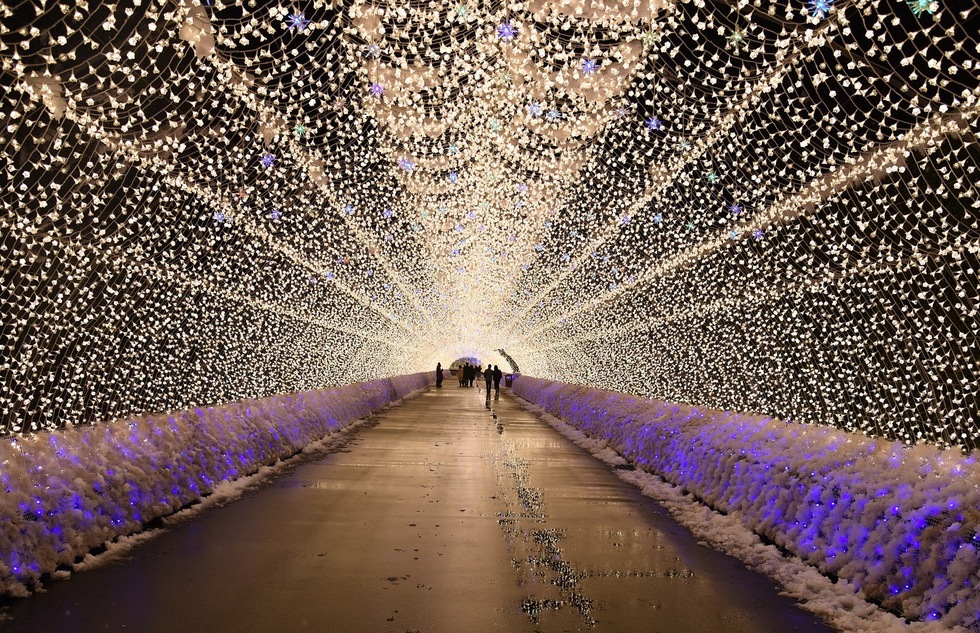 Each winter at Japan's Nagashima Resort in the city of Kuwana, millions of LED lights are used to create ravishing nighttime nature scenes.

Held in the gardens of the complex (which also has an amusement park and hot springs), the Nabana No Sato display has previously depicted Mount Fuji and the Northern Lights, among other wonders.

For 2018, the focus is Japan's Kumamoto Prefecture. As CNN reports, this region in the south of the country (about 500 miles southwest of the resort) was badly damaged by an earthquake in 2016 that also hurt the prefecture's tourism industry.

To aid in the ongoing recovery and help lure visitors back, Nagashima is showcasing Kumamoto's mountains, waterfalls, and natural parks with illuminations about a black bear mascot taking a tour of the area's landmarks.

Additionally, a 100-meter light tunnel (pictured above) is designed to resemble the phases of cherry blossom growth.

But unlike the short-lived season of Japan's real-life cherry blossoms, Nagashima's nighttime illumination can be seen for a good long while—it won't be taken down until May 6. As flowers come into bloom in the spring, displays will be changed to incorporate them.