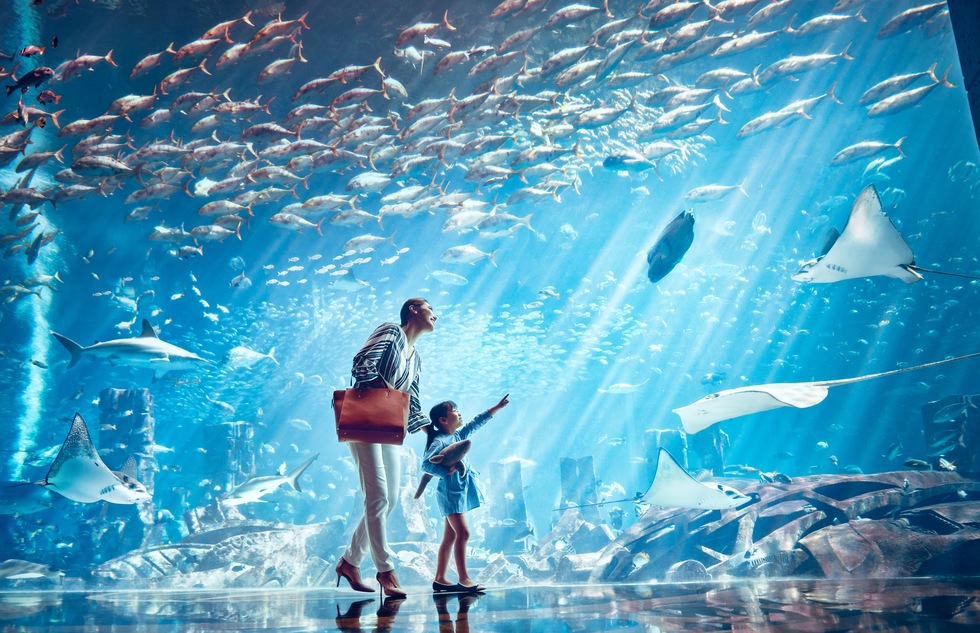 The world now has three Atlantis resorts to overwhelm visitors with an ocean's worth of watery amenities and maximalist architecture.

Joining sister properties in the Bahamas and Dubai (another is in the works in Hawaii), the just-opened Atlantis Sanya occupies more than 130 coastal acres on China's Hainan island, a tropical spot southwest of Hong Kong in the South China Sea that's becoming increasingly attractive to international hotel and resort developers.

As at the other Atlantis resorts, the theme here is the ocean. There's a water park, the world's largest open-air aquarium housing more than 86,000 creatures, and a few prized suites with floor-to-ceiling windows where you can watch colorful fish swimming by. There are about 1,300 guest rooms altogether.

Other features include a spa, a Gordon Ramsay-branded restaurant (Dubai's property has one, too), and a long stretch of beach along Haitang Bay National Coast.

In yet another sign of China's growing might in the travel sector, the resort cost US$1.6 billion to build.
Beach & Water Sports
Family & Kids
Hotels
News