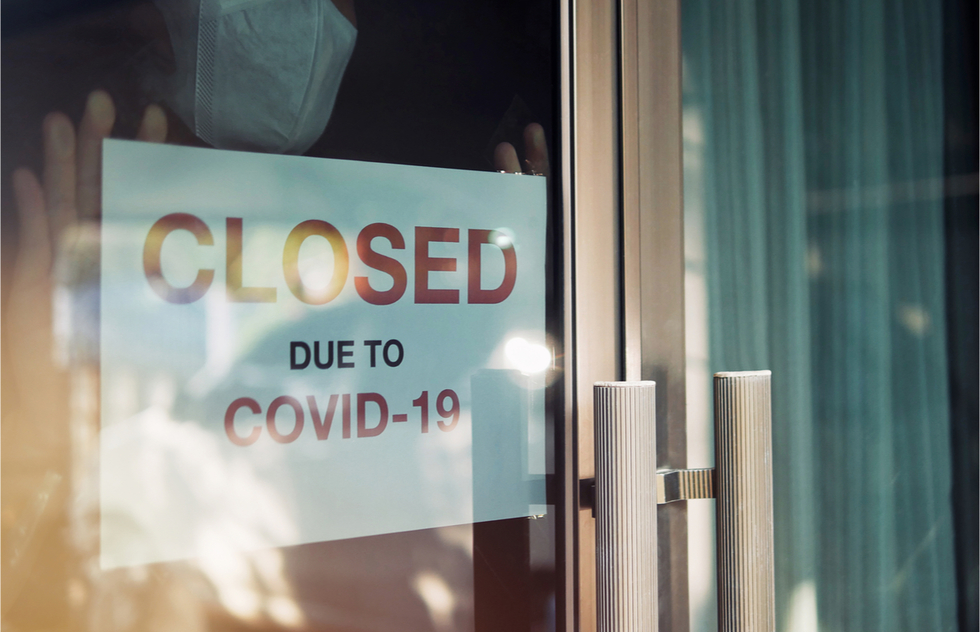 Before the pandemic, the hotel and lodging industry employed, both directly and indirectly, 8.3 million Americans, according to the American Hotel and Lodging Association (AHLA). That's 1 out of every 25 U.S. citizens.

An AHLA spokesperson told me that approximately half those workers are now unemployed—a jobless rate higher than in any other industry, including construction, education, health care, retail, and manufacturing.

And it's going to get worse, both for those in the industry and for future travelers looking for places to stay.

According to the data analysis firm Trepp, a record number of hotels—23.4%—are delinquent on commercial mortgage-backed securities (CMBS) loans by 30 days or more. At the end of 2019, the percentage of properties in this type of pickle was just 1.34%.

Monetarily, the arrears come to $20.6 billion, according to Trepp.

If hotel owners are forced to default on the loans, the banks could seize those properties, potentially prompting the closures of thousands of hotels across the U.S.

Some areas of the country have been hit harder than others.

According to the study, a group of hotels in New York City, Newark, and Jersey City are at the top of the list with 39% of CMBS loans in arrears and the largest amount of money owed. Houston is next, followed by Chicago, Dallas, Los Angeles, Atlanta, Philadelphia, Seattle, Nashville, and Austin (in that order).

This snapshot only covers a percentage of the marketplace. The AHLA says that only about a third of the country's roughly 54,000 hotels have CMBS loans in the first place.

But it's clear that, if nothing is done, a host of hotels will likely not make it out of this pandemic, resulting in serious consequences for jobs, the economy, and travel.

The situation is so dire that 4,000 major figures in the hotel industry sent an open letter to Congress, asking for commercial debt relief as part of the Helping Open Properties Endeavor (HOPE) Act under consideration on Capitol Hill.

It's a smart ask. This move would not cost taxpayers a dime, but it could shore up an industry that is key to the economic health of communities across the United States.

"The HOPE Act would allow business owners to keep their businesses running and retain and rehire our valued employees," the letter states. "Without action, an unprecedented wave of hotel foreclosures will ripple out from the commercial real estate market causing permanent job losses for thousands and the loss of billions in tax revenue to local municipalities supported by hotels."

If you agree, I urge you to write to your elected representatives to support what could be an industry-saving provision to this act.

For travelers looking forward: As Frommer's advised in April, it's wise to get advance reservations for hotel stays in the coming months, as many areas may be losing their only lodging options; a number of hotels in regions less populous than the ones listed above are also defaulting on CMBS loans.

We'd also recommend booking stays directly with the hotel. For one thing, that will probably save you money. For another, if the hotel goes out of business between the time you make your reservation and your date of arrival, an online booking engine may not be able to keep up with the changes to help you make alternative arrangements.