Thank you for subscribing!
Got it! Thank you!
Home›Tips & News›Hotels›12 Rules for Booking and Staying in Hotels Now 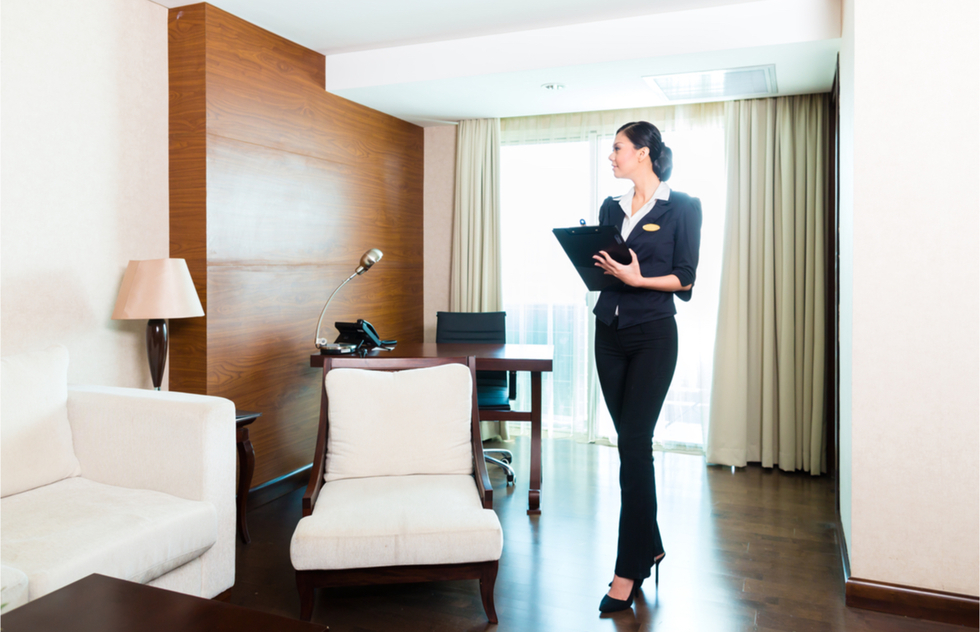 12 Rules for Booking and Staying in Hotels Now

The global crisis has changed the way you should approach hotel stays. Learn how to navigate our newly transformed hospitality landscape.

As of this writing, about 80% of the hotel rooms in the United States are empty. That's a depressing figure, no doubt, but look at the situation from the flip side: One in five hotel rooms remains in use, and that proportion is only going to grow from now on.

Travelers will always use hotels, so for the hotel industry to survive until the period of recovery, it has had to shift how it operates. Everything about staying in hotels is in flux right now, but that doesn't mean you have to be confused.

Here are some of the ways hotels are changing and how you can harness the adjustments for your next stay—may it be soon.

Always pay with a credit card.

The logic here is simple: If for some reason the hotel is unable to deliver services, your credit card issuer will refund you. Cash flies away forever, but credit can be restored.

Hotels can and will go out of business during this storm, so you always want to be in a position to get your money back if you have to.

The best place to book is on the hotel's own website.

Even in normal times, hotels often promise the best rates and perks if you book directly rather than through a third-party site such as Booking.com or Expedia. We've been giving that advice for years, and not just because it's the surest way to rack up loyalty points.

In 2020, booking directly has another benefit: It confirms that the property is open and accepting reservations. Don't assume that a middleman website knows everything about a hotel's current situation. If the hotel changes its operational plans after you've booked with a third-party website, you may not even be alerted.

There's no better way to ascertain a hotel's status and future prospects than by dealing directly with the hotel.

Find out which properties are open by searching online.

A principal issue facing travelers right now is figuring out which hotels are open, which ones are closed, and which ones are open but might be reserved for housing first responders and medical staff—Hilton alone has donated around a million rooms to that cause.

Phoning one hotel after another would be a fool's errand. If you simply search by destination on most of the major corporate hotels' websites, they'll do the work for you. Only hotels that are available for booking will be displayed in the search results. Closed hotels will either be hidden or they'll be marked as "sold out" or "not available for check-in," as on Marriott's site.

The meeting planner site EproDirect is also maintaining a database of hotels that are open for business to the general public, even noting which properties are accepting group bookings. Visit EproDirect.com for that info.

Cheaper hotels are more likely to be open.

Budget hotels and motels are much more likely to be open for business than luxury resorts. There are a few reasons for this, but the net effect is that if you need a room, check the lower end of the price register first. Motels near highways and major transit routes are also more likely to be functioning because they're helping keep our infrastructure going.

Pick a hotel for the rooms, not the amenities.

Don't pick a hotel because it has a great spa, a lush fitness center, or a terrific lobby bar. Those things probably won't be open right now.

The same goes for hotels that are known for free buffet breakfasts. Sorry, but you won't be able to make your own waffles with a group of strangers for a while.

But other arrangements are being made. For example, Drury Hotels and SpringHill Suites are providing grab-and-go breakfasts that guests can take back to their rooms.

If breakfast is not part of the hotel's standard room rate, consider packing your own food. It's not like you can swing down to the lobby coffee shop right now. The same goes for booze—the last thing you want is to be captive to a minibar with no other options in the building. Some hotels are emptying in-room minibars anyway.

When you pick a hotel, assume you'll only be seeing the inside of your own space. That means you might want to steer clear of properties with tiny guest rooms—it's likely you won't be able to hang out in the lobby or at the pool until things blow over. If there was ever a time to splurge on a room with a view, now is that time.

Make sure you'll be welcome.

Right now, it's also wise to give the hotel a call to make sure bookings are open to everyone.

That might sound strange, but some places are trying to restrict reservations to people traveling on essential business. So when you decide where you want to stay, it's smart to pick up the phone and double-check. Don't worry—the room will almost certainly not be snapped up by someone else while you do that. Things just aren't that busy yet.

Hotel companies are being uncharacteristically lax when it comes to cancellations. Hilton, for example, will allow customers to cancel without penalty up to 24 hours before a stay for reservations made until June 30, 2020. Even when that arrangement lapses, equally thoughtful ones are likely to replace it until the industry starts to recover.

As long as you know the rules before you pay, you won't be unpleasantly surprised. (This is solid advice in the best of times.)

If a property is cagey or rigid about its cancellation provisions, you might get better protection by going with a more lenient option.

Good news: The clock isn't ticking on your points. If maintaining your elite status usually requires regular stays, most major chains are not enforcing the deadlines. In fact, some companies are being downright generous.

Marriott's Bonvoy program, for example, is extending elite status all the way to February 2022, which means that even if your benefits were slated to end in the coming months, you'll now retain your status for all of 2021 and a bit beyond.

Hyatt is doing something similar: The chain usually requires one stay a year to keep points active, but that rule has been suspended until December 31, 2020. Hilton Honors is extending your current member status until March 31, 2022.

So far, IHG has not issued a similar extension. Instead, the company is making it much easier to achieve status by lowering the minimum points/nights you need to qualify by about 25%. The assumption there is that we'll be traveling again later this year.

Corporate chains are leaning on technology to limit social interaction. If a property offers mobile check-in or wireless room keys through its app, chances are management will want you to use that option.

Get ready for things to look a little different.

Sanitizer stations are being set up throughout many hotels. Staff members are being outfitted in masks and gloves. To discourage congregation in public spaces, some hotels are removing furniture in common areas.

Even the equipment used to clean guest rooms may be new to you. Marriott has transformed its cleaning standards to include electrostatic spraying technology (pictured below), which, according to the hotelier's press release, "uses the highest classification of disinfectants recommended by the Centers for Disease Control and Prevention (CDC) and World Health Organization (WHO) to treat known pathogens."

Don’t assume all brand-name hotels are in good shape financially.

Some brand hotels are corporate-run, but some, such as the Quality Inn group, are owner-operated. We are by no means saying that franchised hotels or motels are unreliable, but if you're booking a brand because it's a household name, that's no guarantee that the property will remain open. Book with a credit card (see above) and absolve your fears.

Travel businesses are cash-strapped right now. So many reservations were canceled simultaneously that many companies are finding it hard to refund would-be customers. It's a situation that Frommer's has been advising readers to watch out for since this emergency began.

But some properties have turned their need for cash assets into an idea that actually benefits customers. The Chicago Tribune reports that the 452-room LondonHouse Chicago is selling vouchers that function a lot like bonds do at your local bank: If you spend $100 on a bond for the hotel today and wait just 60 days until the bond matures, it'll be worth $150 to spend on a room from that point on.

You don't even have to think about when you want to travel until you're ready. You'll simply be scratching the hotel's back by offering it some liquidity, and it'll scratch yours with a 50% return on your investment.

The effort is called Buy Now, Stay Later. New hotels are joining the program daily and being added to a website directory.

“We’re doing it to improve our cash flow so we can keep people working,” a hotel official told the Trib. “And we want to be front of mind for guests when they start looking to book their travel.”

On a similar note, the industry booster site We Travel Forward is building a growing directory of hotels that are offering gift cards and other deals than can be purchased now—to help keep employees afloat—and redeemed later.

A third program, Hotel Credits, rounds up similar opportunities at its own website.

You will need to exercise some judgment about the future health of each hotel when you buy one of these—LondonHouse Chicago has been a Frommer's recommendation for years.

Not all hotels will be left standing after the dust settles. But it will benefit everyone if we support businesses now so they can support us for a long time to come.