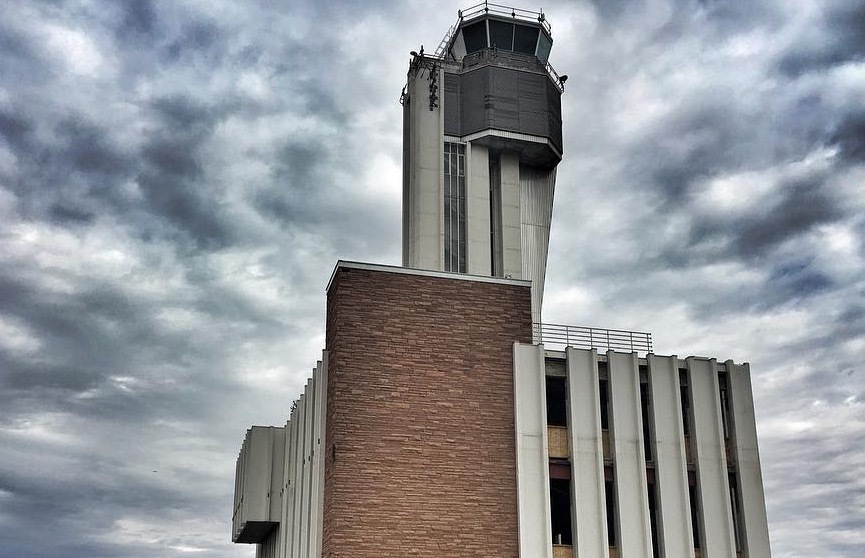 Although Denver's old Stapleton International Airport has been closed for more than 20 years, the air traffic control tower recently reopened.

There won't be any flight coordinating going on inside, however. The tower, which is the only remaining structure of the city's primary airport from 1929 to 1995, has been converted to an "eatertainment" venue by Punch Bowl Social, a Denver-based chain that has several locations throughout the country, primarily in the West and Midwest.

In addition to serving upscale diner fare, the 32,000-square-foot restaurant has bowling lanes, arcade games, a dart lounge, and plenty of areas to enjoy an elevated view of Denver.

The developers and architects worked to preserve the exterior of the historic building (pictured above in 2016). That was important to all parties involved, including the city, which approached Punch Bowl Social about renovating the tower in the first place.

Today marks the debut of Punch Bowl Social; located at the site of the former Stapleton International Airport control tower. They did a spectacular job of preserving the original structure, while at the same time adding on in a manner that did not detract from the original architecture. This is a perfect example of adaptive reuse! ???? The second image was from the last day the airport was in operation in April of 1995. @punchbowlsocial


The restaurant's colorful interior also pays tribute to the space's past with touches such as aviation-themed cocktails, trunks and suitcases adorning the walls, and kicky furnishings recalling air travel's 20th-century heyday.