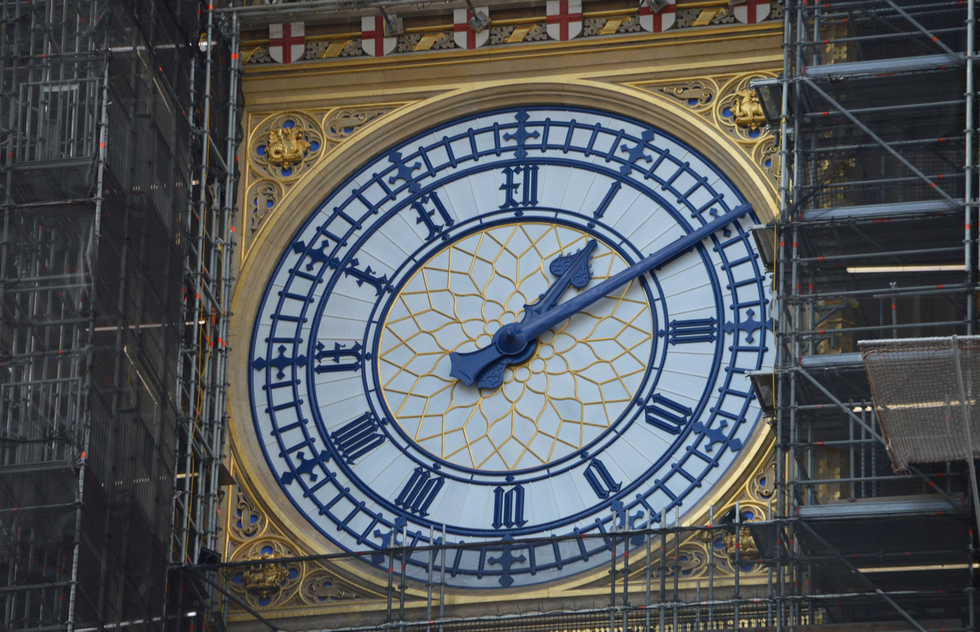 The world-famous clock tower at the Houses of Parliament in London has been under scaffolding for three and a half years now.

The photogenic landmark, commonly referred to as Big Ben by non-Brits (though technically that's the nickname for the bell inside, not the clock or the tower), has been undergoing extensive repairs to the masonry, metalwork, and timekeeping mechanisms. Except for special occasions such as New Year's Eve, Big Ben hasn't let out its big bongs since August 2017.

The resumption of hourly tollings is still a little ways off. But the clockfaces on the Elizabeth Tower (renamed after the current British monarch in 2012) began to peek out from the construction work this year, and a representative for an engineering company carrying out the maintenance told Reuters that the scaffolding will no longer mar views of the Thames-adjacent icon by New Year's Eve. 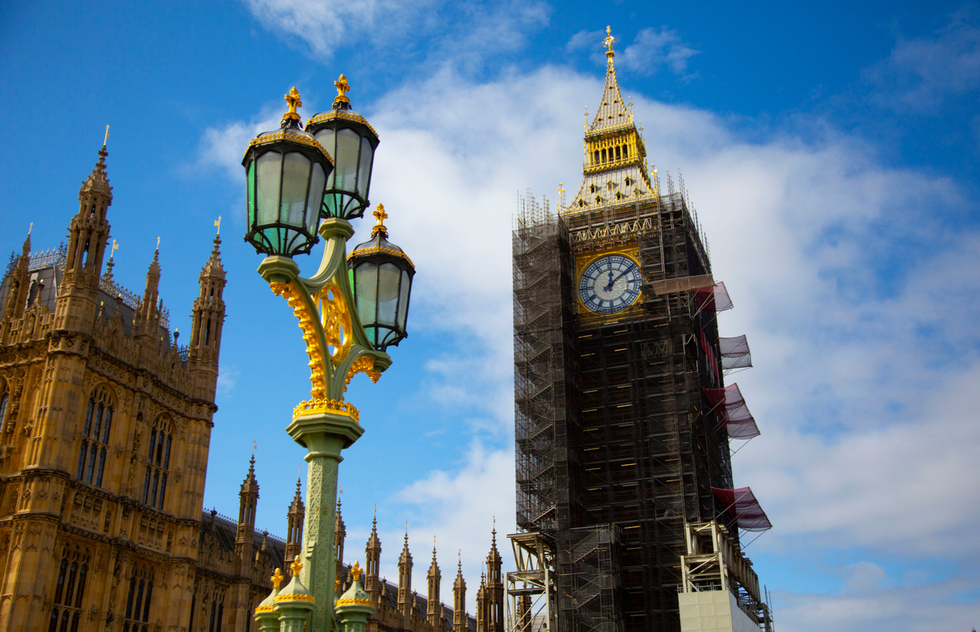 "By New Year, people will start to see a big difference; they'll start to get their tower back," project manager Nick Sturge said, according to the news agency. "The roofs will be fully visible along with the four clockfaces."

The most startling change about those dials: The hands, numerals, and other details are bright blue now.

Evidently, an old watercolor painted not long after the tower went up in the 1850s suggested the original color scheme for the clock panels relied on a lot of Prussian blue rather than the black detailing that would later become more familiar.

According to Sturge, a paint analysis found that, sure enough, the clock's first coat had been blue.

When Big Ben rings at midnight on December 31, the people in London's Westminster area (here's one of our excellent walking tours for the neighborhood) will gaze upon the freshly unveiled clock tower and hear a bell powered by an electric motor rather than the original, gravity-powered Victorian-era works.

Repairs for those parts of the clock and bell aren't expected to be finished, Reuters reports, until spring 2022, when Big Ben will once again resume at last its pattern of chiming every quarter hour and striking every hour.