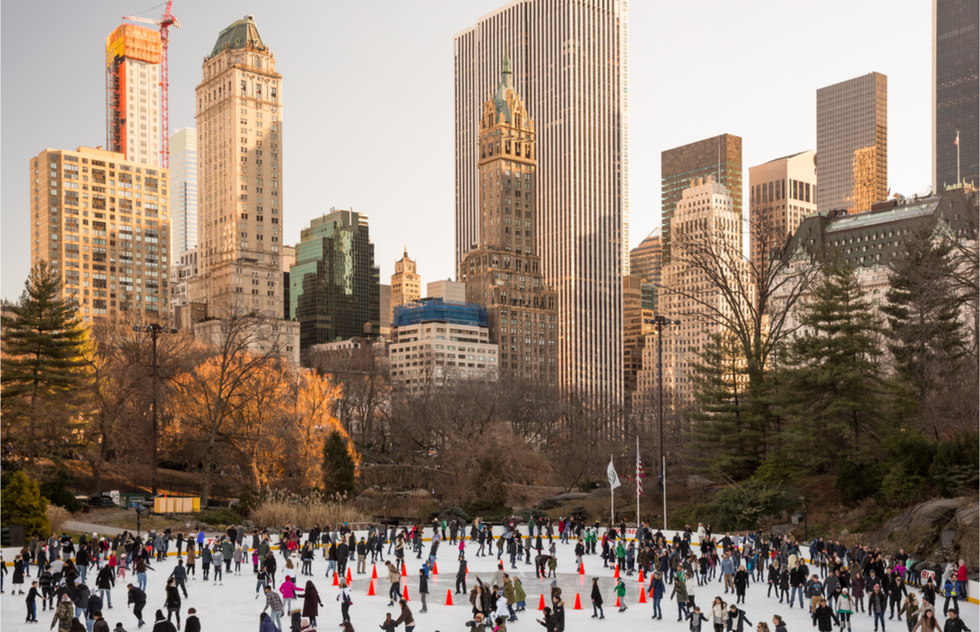 In New York City, 50% Off Shows and Attractions, Plus Deep Winter Discounts on Hotels and Food

That was true pre-pandemic, but the number of deals has grown exponentially this year thanks to the city's proactive tourist board, NYC & Company. It runs the NYC Winter Outing program, a hub for savings on attractions, Broadway shows, restaurants, and for the first time this year, hotel rooms.

The discounts officially run from January 18 to February 13, 2022, but I expect many of the deals to be around for longer.

Here's how it all breaks down—plus a few tips for when to use the NYC Winter Outing deals and when you're better off searching for your own.

Broadway Week: Ignore the word "week" on this (and the other deals). This two-for-one promotion is actually good for almost a full month starting January 18. In years past, a good two-thirds of the shows on Broadway have participated, and so have a smattering of Off-Broadway productions. NYC & Co. asks visitors to sign up for an email that will share the specific offers once they're solidified.

NYC Must-See Week: The participating attractions and tours have yet to be announced. But for the past two years, they have included the city's heavy hitters such as the Metropolitan Museum of Art, the Intrepid Sea Air and Space Museum, the Cooper Hewitt design museum, and some terrific local tour companies.

NYC Restaurant Week: On January 11, the participating restaurants, which will offer special prix fixe menus during the promotional period, will be announced. In the summer of 2021, this program cost $21 or $39 for a three-course lunch or dinner. There were also multicourse tasting menus for $125. More than 300 restaurants participated in 2021, from chains (why bother?) to only-in-Gotham gems like Red Rooster Harlem, Danji, and ilili. While I've always had good experiences with Restaurant Week, I know folks who feel that restaurants sometimes fob off their cheapest, least exciting options during the discount program. Just so you aren't disappointed, be sure to check out the Restaurant Week menu before making a reservation. The menu is usually posted on the website of each participating restaurant.

NYC Hotel Week: This is the new part of the Outing program. More than 100 hotels that will be giving 22% discounts are viewable and bookable right now. Properties range from some of the swankiest places in town to standard chain properties. When I checked the rates through NYC & Company's site, the prices were lower than what I could find elsewhere about two-thirds of the time. In the cases when the price wasn't lower, it was exactly the same. Fancy digs such as The Knickerbocker Hotel in the Times Square area will be $320 a night through this promotion but $348 elsewhere, the Ace Brooklyn will be $148 (as opposed to $184), and the Opera House Hotel in the Bronx costs $124 (instead of $143).

Midweek prices tend to be lower than weekend ones, but I should note that NYC & Co. did not work with the city's least-expensive options like hostels and the more modestly priced chains. In January and February, rates at those types of lodging consistently fall under $100, so for the very lowest possible prices on places to stay, you'll do better by looking beyond the NYC Winter Outing offerings.

As we said in our popular Best Places to Go in 2022 list, we think the Big Apple is an exceptionally good deal right now, and promotions like this, which cut the cost of much of what you'll see and do, are one of the major reasons why.