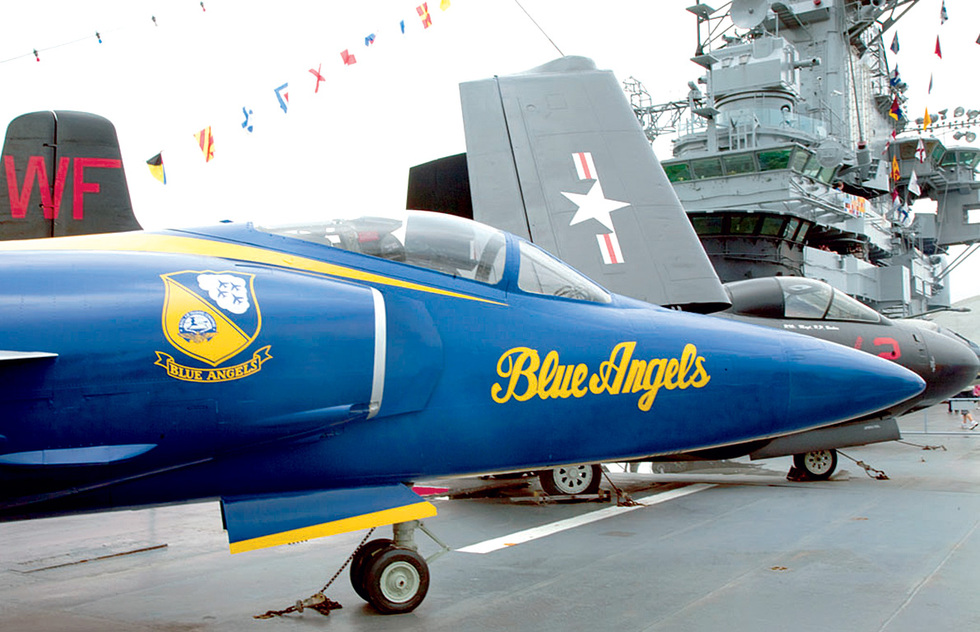 How’s this for an all-star lineup? Not only does the Intrepid Sea, Air, and Space Museum now display the Space Shuttle Intrepid, it’s got the world’s only tourable nuclear submarine, the famed Concorde jet, nearly two-dozen grounded jets, a Revolutionary War–era submarine, and is itself a World War II–era aircraft carrier. Whew! Even those who profess no interest in aviation or military history will find themselves wowed by the breadth and depth of this collection. You’ll likely have to devote a good 3 hours or more to see it all, so arrive early if you can.

You’ll want to begin your visit at the USS Growler submarine, built in 1958 and so narrow that only small groups can enter at a time (which keeps the lines here long).You’ll be taken on a brief, thrillingly claustrophobic tour introduced by a terrific new (in 2018) exhibition center, with videos and text about life onboard. Children under the age of 6 are not admitted.

Next, make your way to the Concorde, the oversized luxury lawn dart that, after flying half-empty for a number of years, was finally taken out of commission in 2003. (The jet isn’t in the classic bent-nosed pose; that was only used for take-offs and landings.) This ultra-deluxe flying bus carried a mere 100 passengers at a time, most of them paying $6,000 each way for the privilege of crossing the Atlantic faster than the speed of sound (it went from 0 to 165mph in just 2 1/2 seconds). Take a close look at places A and B, the seats reserved for Queen Elizabeth II and Prince Philip of England.

Visiting the pavilion of the space shuttle Enterprise costs an extra $7, but most will find it worth the outlay.

Then turn your attention to the “Fighting I,” the main focus of your visit, a 40,000-ton aircraft carrier that had one of the greatest survival stories of World War II. Though it was hit by five kamikaze planes (two of them in a single day) during its tours of duty, it continued to serve (the Japanese called it “The Ghost Ship” because it couldn’t be sunk). Go directly to the Information Center on the hangar deck to inquire if there’s a tour starting anytime soon. You can wander through the ship on your own, but you’ll get more out of the experience with the hour-long guided tour, led by highly informed docents, most with military backgrounds.