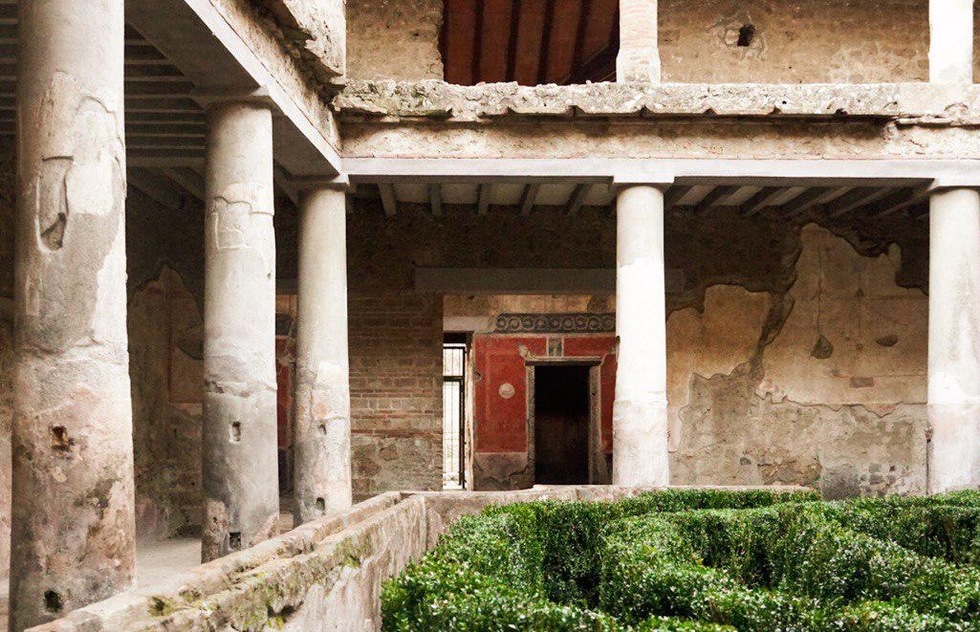 Italian Ministry of Cultural Heritage and Activities and Tourism

In Pompeii, An Ancient Brothel Reopens for Visitors

In the ancient Roman city of Pompeii, three residences that had been closed for years due to safety concerns are once again open to the public.

The Italian Ministry of Cultural Heritage and Activities and Tourism announced in a statement that the House of Lovers, the House of the Europa Ship, and the House of the Orchard have all been restored as part of the ongoing Great Pompeii Project.

That initiative, launched in 2012, aims to preserve the excavated structures at the site where archaeologists uncovered the remarkably well-kept ruins of Pompeii, which was buried by the eruption of Mount Vesuvius in 79 A.D.

In recent years, many buildings at the site had fallen into disrepair. As Smithsonian magazine has pointed out, UNESCO came close in 2013 to adding Pompeii to its list of World Heritage sites in peril. The Great Pompeii Project, which receives funding from the European Union, has helped allay those fears.

The two-story, fresco-filled House of Lovers—thought to have been a brothel in ancient days—had been closed to the public since a 1980 earthquake made it unsafe to enter. The walls, floors, and roof were stabilized as part of the restoration. Objects found at the building, including a bronze lamp, can be viewed in a display in the atrium.

As at many homes throughout Pompeii, the decorations at all three of the newly reopened ones are elaborate, with colorful wall paintings that depict birds, bulls, plants, and people. The House of the Europa Ship contains a fresco showing a cargo ship flanked by smaller boats. Walls in the the House of the Orchard bear images of lush vegetation. 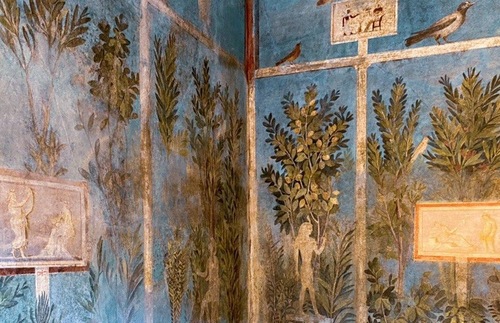 It's like a foreshadowing of the current craze for banana leaf wallpaper.