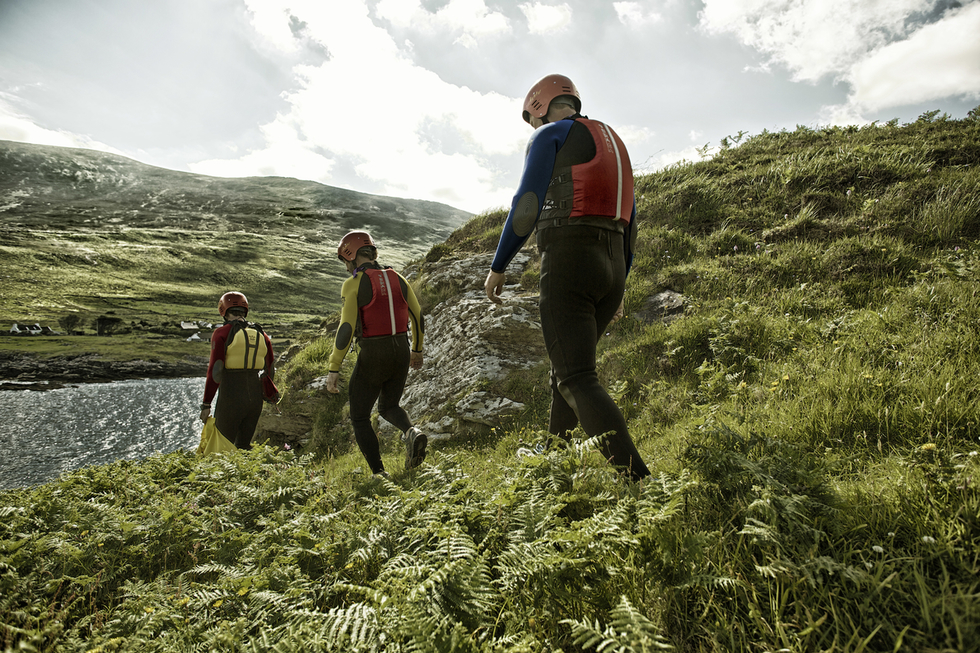 Are we finally near the end of the rainbow? This is good news we've been waiting nearly two years to hear.

The Republic of Ireland has decided to end nearly all public Covid-19 restrictions.

Tourists can now go where they want, see whom they want, get together in groups, and otherwise enjoy the Emerald Isle (such as by hiking the Kerry Way, pictured above). Pubs and nightclubs won't close early. Capacity restrictions are gone. Proof of vaccination will no longer be required "across all domestic venues/activities" either, the government announced.

Unlike in the United States, many national governments in Europe previously laid out strict rules about gatherings and imposed legal penalties for being in crowds, breaking curfews, and disobeying permitted opening hours. The Irish government says the strategy worked, and now those safety measures can be relegated to the past.

The move comes a week after the World Health Organization encouraged nations to replace draconian restrictions with "risk-based" policy instead.

According to the Irish government's announcement, "The efforts of the Irish people over recent weeks to reduce social contacts, and take care when they did meet others, combined with the high uptake of the vaccination and booster programme, has made a considerable difference to the public health situation."

A few minor rules will linger. Tourists can go where they want and meet anyone they want, but still can't breathe on whomever they want: Mask wearing will remain a requirement on public transport, in taxis, in stores, at stations and airports, and some other places.

As for entry to the country, another rule will remain in place for now: Visitors to Ireland must prove they have been fully vaccinated. They may also have to be boosted, because after February 1 arriving passengers will not be allowed to enter if their primary vaccination happened longer than 270 days (about 9 months) in the past. There is no time limit for those who have received booster shots, however.

Unvaccinated passengers will not be allowed into the country unless they can prove they have recovered from Covid-19 within the last six months. (If that applies to you, we have some advice about how to get that proof.) If you can't obtain that, a negative PCR test no older than 72 hours will be accepted.

The full entry rules for a newly liberated Ireland can be found here. Note that Northern Ireland, as part of the United Kingdom, has its own set of entry requirements.